There are so many opinions on which martial arts are good for self-defense. Still, Brazilian jiu-jitsu is very often near the top of such lists. But what makes it so effective on the street?

The ability to control an opponent through leverage and techniques taught in BJJ makes it very good for self-defense. The grappling art has many practical applications and is suitable for people of all physical sizes.

You must consider many things in a real-life altercation. Let’s see how good BJJ is for self-defense in different scenarios.

BJJ was first created mainly as a martial art for self-defense. Unlike many other traditional martial arts, it is still very good for that purpose.

It aims to use leverage and technical proficiency to control, dominate, or submit an opponent on the ground. The proficient use of body mechanics and leverage lets even physically weaker people handle much larger opponents.

BJJ is specifically beneficial for real-life situations because of its versatility in violent interactions, making it very effective for law enforcement and security personnel.

The gentle art of jiu-jitsu teaches you how to choke out people and how to get a fight to the ground and control and incapacitate an opponent without necessarily hurting him.

And if the latter is your goal, you also can inflict serious damage. The same things are true when defending against an attack. Getting out of a compromising position and dictating where the fight goes is invaluable in any self-defense situation.

Even better, you don’t even need that much training to control and out-grapple the average untrained person, even if he is stronger (to a reasonable size and strength difference, of course).

Another significant aspect of BJJ for self-defense is the live rolling. Rolling is the term used for sparring in BJJ and is done pretty much at every practice. Live, full-contact sparring is a key component of every truly practical martial art. 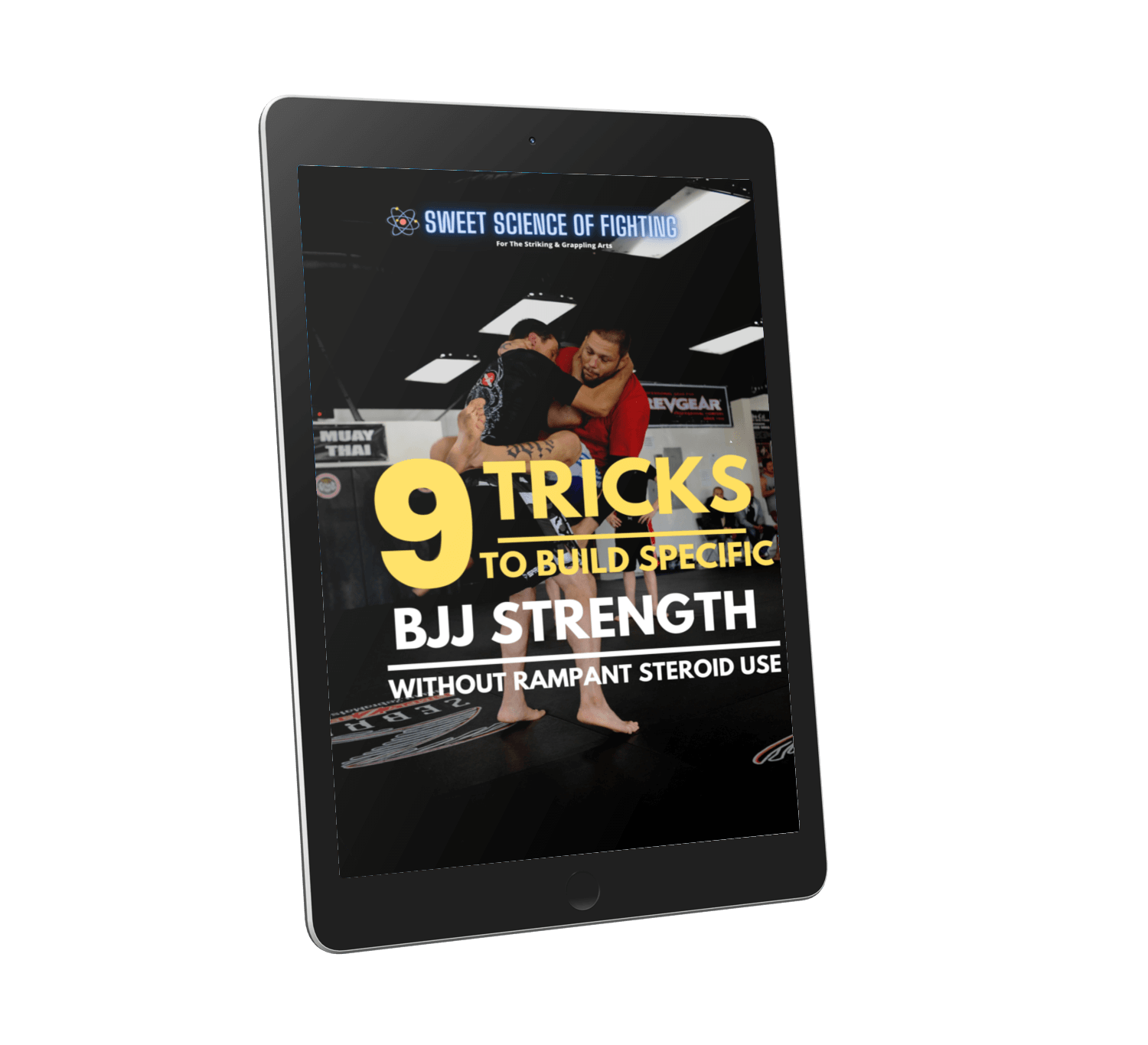 9 Tricks To Build Specific Strength For BJJ/Grappling, Without The Rampant Steroid Use!

It can never be overstated how crucial it is to constantly work and test moves and techniques against a fully resisting opponent.

You learn to tolerate close contact, pressure, and even chokes or painful joint locks by continually being put in uncomfortable positions. These are all things that catch untrained people completely unprepared in real-life situations.

Is BJJ Effective In A Street Fight?

Self-defense and street fighting are not the same thing. The primary purpose of self-defense is to escape harm and ensure your own safety by any means necessary.

This may include running away or using violence to resolve the situation and preserve your health, property, or loved ones. And for that, BJJ is undoubtedly great.

On the other hand, a street fight may result in self-defense, but this is not always the case. A “street fight” is a violent confrontation between two or more people who actively try to hurt each other and win the fight.

The reasoning behind a street fight can be different. Still, unlike in a self-defense scenario, both parties are willing to fight by the time fists are flying.

BJJ is excellent in a one-on-one fight. It is a sure way to win, taking the fight to the ground, putting someone to sleep, or breaking a limb. However, street fights are not always one-on-one, which is a significant flaw in BJJ.

If multiple people can hurt you or the attacker has a knife, for example, putting yourself on the ground may be the worst thing you can do.

While you can use your skills to get up safely, it is far preferable to stay standing in the first place if there is danger from more than one person, which is all too common in street fights.

Is BJJ Or MMA Better For Self-Defense?

As good as BJJ is for self-defense, it has some obvious shortcomings. The lack of striking in BJJ means that practitioners are not adequately prepared for all situations.

This is addressed by incorporating some striking martial arts in addition to grappling or, better yet, MMA. Mixed martial arts incorporate all aspects of fighting and are naturally best suited for self-defense or street fights where anything goes.

Against even a mediocre striker, the BJJ practitioner is going to get hit at least a couple of times. If you are only grappling, you are not used to getting punched in the face.

And we all know the famous saying by Mike Tyson: “Everyone has a plan until they are punched in the mouth.” MMA teaches striking with all limbs, it teaches good wrestling fundamentals, and it also has a lot of grappling.

While the level of grappling is nowhere near pure BJJ, the addition of strikes on the ground makes it a much better representation of a real-life fight.

That said, it’s a mistake to think MMA is the end-all and be-all of self-defense. It’s still a sport with rules, where you know when the fights start and end.

The unpredictable nature of a street fight can catch even experienced cage fighters off guard. Having confidence in your BJJ or MMA skills is excellent, but you must always be aware that anything can happen in real life.

What Is The Best BJJ Style For Self-Defense?

In this day and age, a significant portion of BJJ is practiced purely as a sport. Training for a tightly regulated BJJ competition is vastly different than preparing for self-defense.

The lack of striking in BJJ and the aim to score points by acquiring and maintaining a position in a match not only does not transfer to the street but can also be very dangerous.

Traditional Brazilian jiu-jitsu and contemporary “Gracie Jiu-Jitsu” schools like Rener Gracie teach the art with a strong emphasis on self-defense. In a fight, there are two safe distances for a grappler: out of range and danger or so tightly in close that the opponent has no way to attack.

This concept was thoroughly proven in the 20th century in no rules challenges and the early UFCs by Royce Gracie.

On the contrary, much of the sport of BJJ is played in that dangerous middle range where punches and elbows are most devastating. So, while the principles of BJJ are the same in both cases, the approach to self-defense must be considered and trained separately, even if you train and compete in BJJ sports.

Having self-defense skills is one of those things that you practice your whole life and may never use, but if the need ever arises, it’s the most important thing you’ve ever learned. BJJ will provide you with excellent skills to resolve many violent situations.

While it’s sometimes not enough on its own, BJJ is perfect for self-defense and should be studied by anyone who wants to know how to handle a real-life violent situation.