Judo vs. BJJ: What Is The Difference?

One of the biggest discussions around today is what is better for self-defense, Judo, or Brazilian Jiu-Jitsu (BJJ)? For a novice, Judo and BJJ will probably look indistinguishable from each other.

Both martial arts involve practitioners to wear kimonos and work in a standing position on a mat and eventually go on the ground. However, as one explores each art, they will find some major differences between the two.

But there are more differences between Judo and BJJ than just their styles so you may have more questions than answers. Which one is more popular? Should you opt for BJJ, Judo, or both?

Read on to know the answers to all these questions and learn more about both art forms!

Both Judo and BJJ can be traced back to traditional Japanese Jujitsu (it is also spelled as jujutsu). It can be difficult to find out exactly when jujutsu came into being, but a text from early 720AD mentions something regarding “contests of strength.”

Japan’s history is connected with the Samurai, which is a famous caste of warriors living in the feudal era.

When roughly translated, Jujutsu means gentle art, and its main focus was to train Samurai to fight when they had no weapon.

Because Samurai wore armor, jujutsu focused on throwing gouges, throws, and locks, which worked against an armored opponent.

In 1870, the Meiji Restoration ended the feudal system, and Samurai became extinct. People were no longer allowed to wear swords in public, and martial art schools started to collapse. 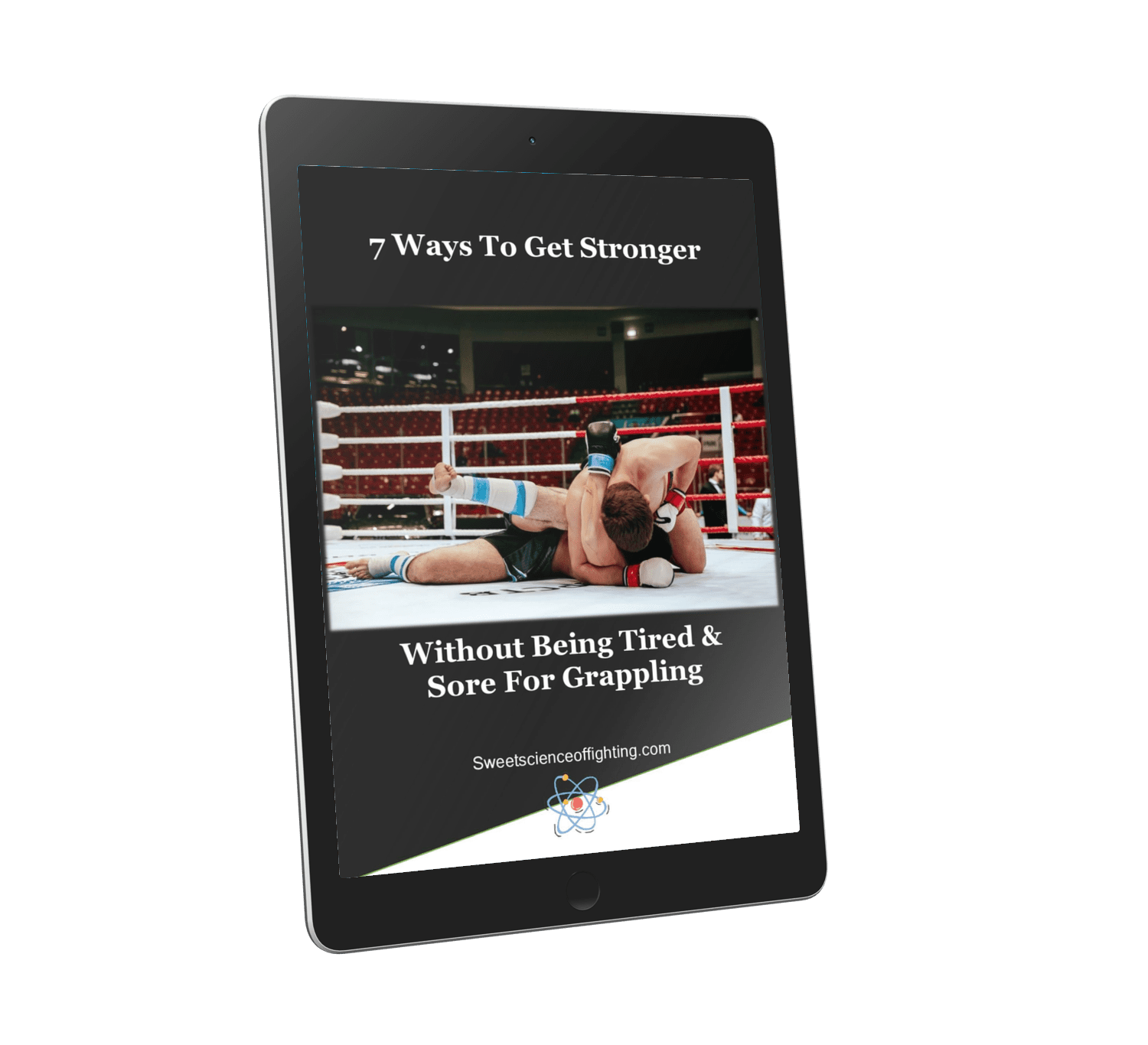 That is when a young man named Jigoro Kano became captivated with this form of art and wanted to spread it. He knew that he would have to tweak jujutsu for mass acceptance, especially for the latest political landscape.

Jigoro Kano worked on developing his own brand of jujutsu studying with former Samurai’s, and in 1882, he opened a new martial art school called “Kodokan Judo.” By changing the name, he hoped to distinguish his teachings from the traditional Japanese way.

Kano opted for a scientific approach and strived for maximum efficiency in human movement, which gave birth to Judo.

Kano was very influential in spreading this new form of martial arts, and the navy and police also adopted Kano’s technique. In 1909, he was invited as the first Asian representative from Japan to the Olympic Committee. In 1964, Judo became an Olympic sport at the Tokyo games.

Even though Kano traveled the whole world, it was a judoka named Mitsuyo Maeda who brought Judo to Brazil. Mitsuyo was a disciple of Kano and left Japan for New York in 1905 to provide Judo demonstrations.

He traveled all over South and North America. Maeda arrived in Brazil in 1914 and started an academy there.

He met with Gastao Gracie, introducing his son Carlos Gracie to it. Soon enough, Carlos started to train along with his brothers, Jorge, Helio, and Oswaldo.

After a short while, the Gracies started to focus on the ground fighting portion of Judo known as the “Newaza” and became obsessed with “Vale-Tudo” fights. These fights pitted styles against one another in no holds barred matches.

Helio and Carlos Gracie are credited as the inventors of Brazilian Jiu-Jitsu. Even though it started from Kodokan Judo, over the past decade, it has morphed into a form of martial art that spends a majority of the time on the ground.

What Is The Difference Between Judo And BJJ?

The main reason why Judo and BJJ seem to be the same is that they have common ancestors; sprouting from the same root, both of them are intertwined with one another. The difference between the two can be understood by looking at the following factors:

Judo and BJJ share many similar techniques, such as joint locks, chokeholds, and throws. The main difference in techniques is how they are executed and the stress that each art places on the body.

Judo’s strategy focuses on the throwing aspect of performing a successful throw declaring you as the winner. Judo provides you with a firm grip on your opponent, flooring them with a trip or a throw and throwing them off balance.

The person who shows better control and grip ends up winning. One thing to keep in mind is that ground fighting is not a main priority in Judo. If the round ends up on the ground, you get 30 seconds maximum to submit or pin your opponent before you restart it and stand back up.

In fact, most BJJ schools let you start on the ground, but you need to keep in mind that tournaments start while standing, so you cannot avoid the standup game either. Your main goal in BJJ is to learn how to dominate your opponent by controlling their movement.

The ruleset for each art also differentiates between the two. Judo’s rules tend to keep the focus of the fight on foot, whereas BJJ’s rules focus mostly on ground fights. These rules are as following:

In Judo, you can win the fight by “Ippon,” which is basically:

Judokas can win points through another system called “Waza-ari.” This involves:

Rules have changed over time, but two Waza-ari allow you to win a match. Also, Judo grips are regulated; the type of grip and the location are very specific. For example, Judo does not allow you to grab the legs when standing.

With BJJ, the goal of the match is to win using submission techniques. Points are scored for specific objectives. For example:

If no one taps, the fighter with the most points at the end of the match wins.

BJJ allows more submission techniques than Judo. This includes leg locks, chokes, varied armlocks, and more. Also, as long as competitors are moving on the ground, the match remains on.

When it comes down to the belt system, Judo belt progression varies by area to area. In most countries, there are six belts before the black belt. These belts are white, yellow, orange, green, blue, and brown and are awarded in this order.

The BJJ belt progression system is very similar, but it has fewer belts. In BJJ, the belts move from white to blue and then to purple, brown, and finally to black.

There is a minimum age required for each belt; for example, a white belt needs no age, whereas, for a blue or purple belt, the minimum age is 16. Each belt requires minimum time as well before you can move onto the next one.

Both arts need advanced training to reach a black belt; for example, you will need 5-10 years for a Judo black belt, while a BJJ black belt needs 8-12 years.

Both traditional BJJ and Judo uniforms look very alike, but there are some minor differences. The kimono for Judo is heavier and more durable than a standard taekwondo or karate uniform since it is built to withstand throwing and gripping.

On the other hand, the BJJ gi is more durable and heavier than a Judo kimono because it must withstand more punishment and movement. The fabric is strengthened with rip-stop stitching or a weave.

BJJ also has more colors to choose from, including blue, black, and white gi’s, whereas Judo only allows white color.

BJJ also has no-gi competition which has a closer similarity to wrestling but with submissions. The no-gi uniform is simply a rashguard or no top and shorts.

Is Judo or BJJ Better For Self-Defense?

Both Judo and BJJ have their weaknesses and strengths but are ideal for self-defense. These activities prep the student for adrenaline and stressful solutions and allow you to submit, control, and take down the opponent.

However, if you need one specifically for self-defense, then it would be BJJ. Judo is very dependent on rules and has limitations when it comes to a street fight, whereas BJJ is more freeing.

Judo train exclusively in the kimono making it’s transfer to street clothing less apt than a BJJ practitioner who also trains no-gi. Further, once on the ground, a BJJ practitioner has more offensive and defensive techniques from top and bottom position.

The major benefit of Judo and BJJ over the striking arts is the ability to spar 100% more often making training regularly closer to real life.

Can You Learn Judo and BJJ At The Same Time?

Yes, since both Judo and BJJ belong to the same ancestors, you can learn them at the same time. You can work throws in Judo and implement them in BJJ, which can impress your opponent since throws are taught at an advanced level in BJJ.

However, training both arts at the same time and exceling at them would require a full time training schedule. If your goal is to compete often or learn a martial art for self-defense, then BJJ is the best choice.

If you are dead set on going to the Olympics, then Judo is your only option.