It may seem that Taekwondo doesn’t require much strength. With fast foot movement and unrivalled leg dexterity, it is often thought that strength training would make you slower for Taekwondo.

Strength training for Taekwondo should focus on developing robustness in the lower body due to the large number of injuries. Further, the ability to produce force in multiple directions very quickly is a key indicator of an elite Taekwondo athlete.

Before diving deep into a strength training program for Taekwondo, we must identify the common injuries associated with Taekwondo and what differentiates elite from non-elite practitioners. 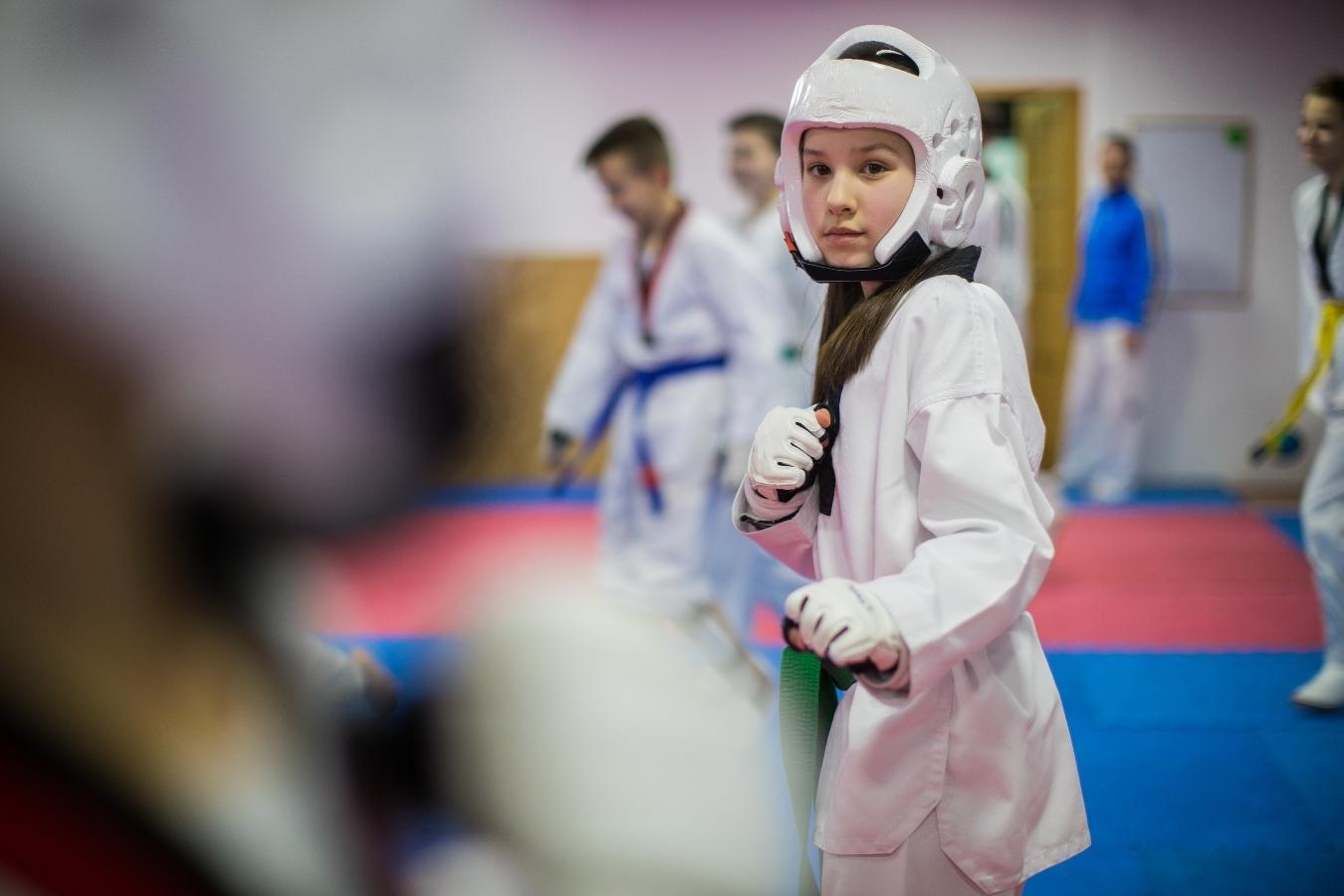 Injuries in the lower body seem to be most prevalent in International and National level Taekwondo athletes [1][2]. In the study of the 1997 Canadian National Championships, face and spine injuries were the next most prevalent [1].

These consisted mainly of sprains, bruises, cuts, strains, and joint dysfunctions. Concussions were next in line.

The mechanism of injury mainly occurred by receiving a kick or delivering a kick to the elbow or landing a kick with the toes.

It should be noted that these injuries to the feet and lower body were at a time before protective equipment was introduced.

In Spanish National Taekwondo athletes, similar injury types were found with most injuries occurring in the lightest weight classes [2].

The majority of these injuries occurred in training sessions (61%).

Alarmingly, the incidence of concussion in Taekwondo athletes is up to four times higher than American Football [3].

This is not surprising considering the clench axe kick results in greater linear acceleration of the head exceeding an uppercut in boxing.

How does this affect success in Taekwondo competition? Winners sustained significantly less injuries than non-winners and for every additional injury per match, competitors were 88% less likely to win a medal [4].

It is understandable that lower body injuries are the most common in Taekwondo being a combat sport that emphasizes lower body techniques.

The research suggests that developing lower body robustness and neck strength may help with reducing the risk and severity of injury. 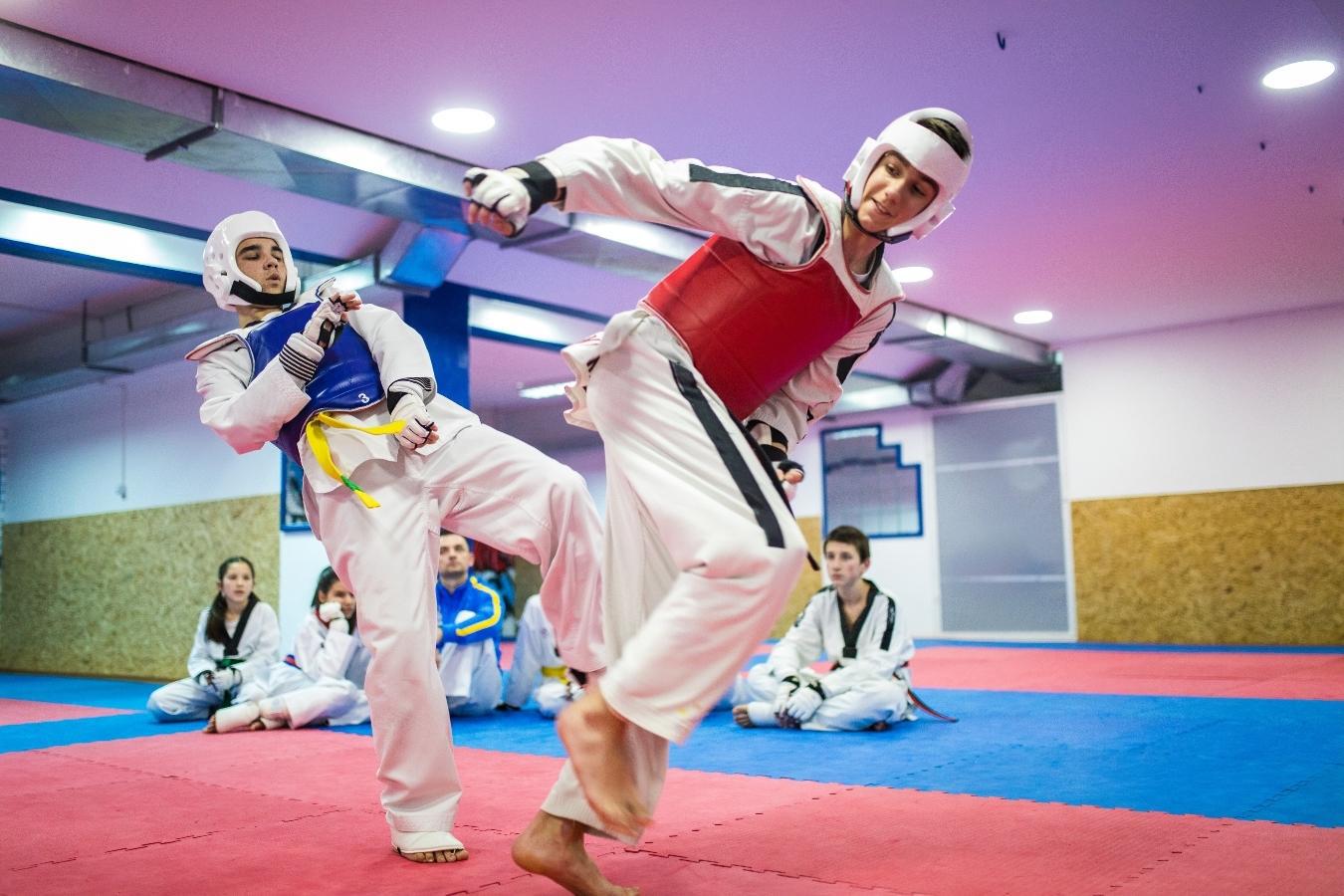 When we compare elite level Taekwondo athletes with non-elite, we can determine what the most important and influential qualities are to the sport.

Within the Belgian National Team, athletes were split into elite and non-elite groups [5]. Elite athletes were those that had represented Belgium at International Championships or Olympic Games and/or had won a medal at an international tournament.

Non-elite athletes were those that were not in the squad, did not participate in these competitions, or did not win any medals at international competition.

Elite Taekwondo athletes in this cohort were slightly taller and 27% leaner than their non-elite counterparts.

They were also 4% faster over a 30 m sprint, jumped 15% higher, and had significantly better test scores for motor coordination consisting of sideways jumping and balancing on a beam which have been shown to differentiate between different skilled combat athletes [5].

Similar results were found regarding body type where elite Taekwondo athletes were slightly taller and slightly leaner than the non-elite athletes.

While not all statistically significant, the elite athletes scored higher in every physical test (same findings as the Belgium National Team) compared to the non-elites.

The final study split black belt athletes into an elite group (finalists or semi-finalists in the National Championship including champions and International competitors) and a non-elite group (State competitors who didn’t qualify for Nationals) [7].

What was interesting about this study was the researchers didn’t measure traditional physical tests. Rather, they compared the performance of maximal Bandal Chagui kicks and were able to collect force and muscle activation data.

They found that elite athletes displayed greater reaction time to start to move the pelvis for the kick to a visual stimulus. Further, they needed less time in the preparation and kicking phase with less total kicking time than non-elites.

Elite athletes also displayed greater velocity of the hip, knee and foot during the kick. Additionally, they showed greater peak force in the side to side and back to front force vector and rate of force development (speed in which force is produced) compared to the non-elite athletes.

Peak vertical force was only just significantly higher than non-elite Taekwondo athletes. These findings of being able to display more force explosively ties in with the physical testing results from the previous two studies above showing superior jump and sprint performances.

This all suggests that being leaner and more powerful in the horizontal, lateral, and vertical direction positively influences Taekwondo performance. 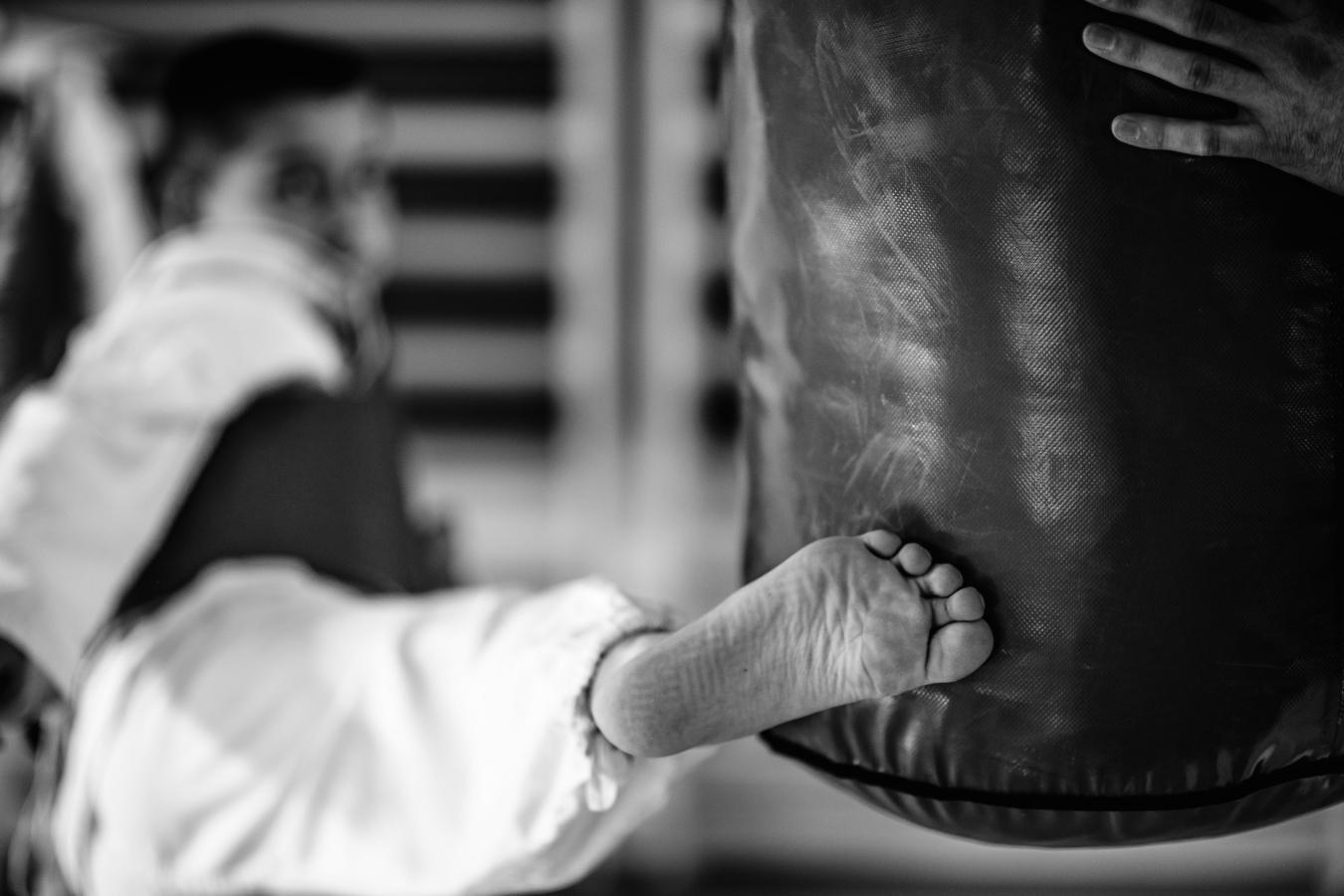 The main focus of this strength program for Taekwondo is to develop the ability to produce a lot of force quickly in multiple directions. In doing so, we also develop robustness in the lower body as strength training isn’t solely performed in the vertical direction.

Phase 1 will be our preparation phase. You can’t start the most intense training straight away as the stimulus can be so extreme you injure yourself and secondly, when we can make progress with less intense training, we can keep progressing.

This will consist of sub-maximal plyometrics, jumping, and lifting performed three times per week.

It may not seem like a lot of work each session, but the goal is to develop the necessary qualities without severely impacting Taekwondo sessions.