How Do Boxers Cut Weight?

Weight cutting in combat sports is a hotly debated topic. It divides fighters, trainers, and fans alike on how much advantage it actually provides and is it worth the danger. Professional boxing weigh-ins are usually done between 24 and 36 hours before the actual fight. On the scale, the boxer must weigh in below the designated maximum weight for the division he is competing in.

The goal of a weight cut is to dehydrate the body and then regain the weight by the fight to have an advantage in size. This is a very stressful process for the body. If not done correctly, it can lead to many adverse outcomes ranging from poor performance on fight night to loss of life.

In a highly competitive sport like boxing, athletes are on an endless search for things that may give them the edge on fight night. From mental preparation tactics to high-tech gadgets, fighters are tireless in this pursuit. But the weight cut has been part of the game for so long that it’s mandatory for every boxer.

The aim is to fit in the lowest possible weight class and then have the size and weight advantage on fight night. However, when everybody’s doing it is not about having an advantage anymore, but more of not being at a disadvantage if you don’t cut the weight.

Luckily for boxers, minor weight differences are not so influential as in MMA and sports like wrestling and grappling. However, boxers still shed a few pounds that are regained between the scale and the fight.

Weight cuts vary in severity, and some fighters opt to lose just a few pounds, while others go through brutal cuts of more than 10% of their body weight. There are tons of videos where fighters struggle mightily to beat the scale, and the weight is sometimes called the fight before the fight.

In these cases, the dread of the scales becomes much larger than the actual battle in the ring. Let’s have a general look at how a typical weight cut is done.

How Do Boxers Cut Weight Fast?

The body’s preparation for the final cut begins from the start of the fight camp and is going for a few weeks. A well-calculated diet with a solid nutritional plan throughout will ensure that the final week will not turn it into hell. The final weight cut is usually done five days before the fighter has to go on the scale.

Although the details of the weight cut may vary, the general principles remain the same and can be described in a few steps. The main thing a weight cut revolves around is water and sodium intake manipulation. 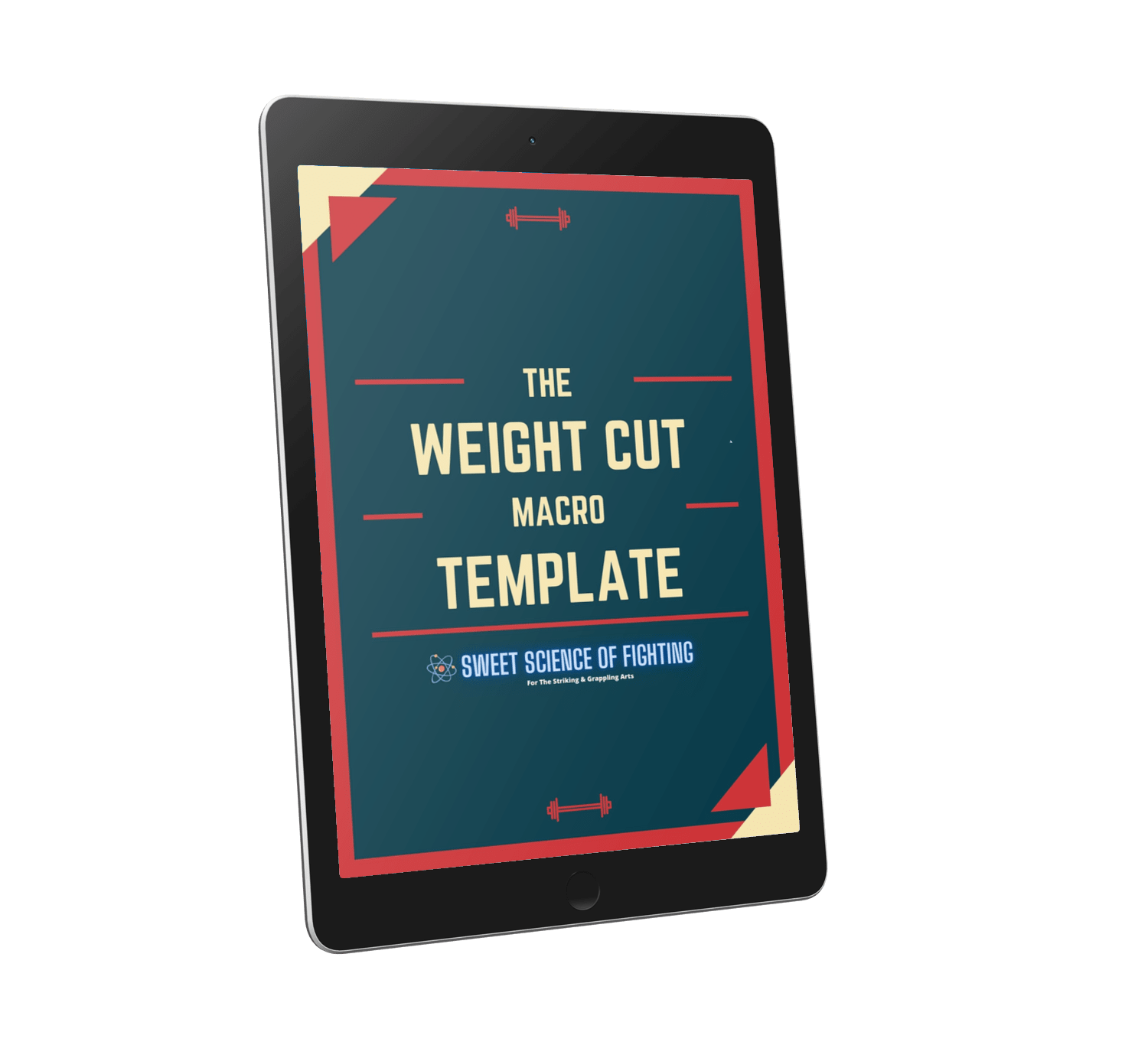 The final push starts 5 or 6 days before the weigh-in by loading the body with water. Many fighters will drink between 6 and 8 liters of water on the first day of fight week.

The water intake is decreased roughly by half each following day. The carbohydrates intake is also severely limited.

The last step is sweating out as many fluids as possible. This is usually done by long sauna sessions and low-intensity exercises like a treadmill or biking wearing a sauna suit. Almost no water is taken on the day before and the day of the weigh-in.

Only small sips to dampen the mouth are allowed. The final days of complete dehydration often leave fighters looking drawn out and weak, which they indeed are.

After the boxer makes weight (he is within the division’s weight limit) starts the process of rehydration and gaining the weight back. This is done by drinking a lot of water (roughly 1 liter per hour) and gorging with food.

Do not be mistaken that this means eating a ton of junk food. The body still has to go through the rigors of combat and needs to be fueled the proper way for optimal performance.

What Do Boxers Eat When Cutting Weight?

Water intake manipulation is only half of the equation. The boxers’ diet is almost equally important and, if not done correctly, may throw the entire effort in the trenches. Most of the energy should come from protein during the weight cut, and carbohydrates become the enemy. They facilitate water retention, which is the opposite of what you want.

Of course, all protein is not equal, and high-quality meat, eggs, and dairy are quality protein sources and are preferred. Another essential aspect of the weight cut diet is salt. Salt is sodium, which ties to water and conserves it in the body, and this is the last thing you want at this moment.

Some fighters use the help of natural diuretics to lose the extra water. This is not recommended as the abuse of diuretics by athletes has led to their prohibition by most anti-doping organizations.

After the weigh-in is successful, carbs become your best friend again as they will provide the much-needed energy for fighting. They will also help retain water and gain the lost weight back. Rice and potatoes are a good source of carbohydrates, unlike refined sugar and all kinds of prefabricated junk food.

How Much Weight Do Boxers Typically Cut?

The amount of weight a boxer sheds varies greatly from fighter to fighter. This is why all guidelines are done in a percentage of the body weight.

MMA fighters usually cut a lot more weight because the extra weight matters more than in boxing with wrestling. Another often overlooked reason is that in boxing, the divisions are more, and the difference of 6-7 lbs between them. It helps more fighters find a weight class closer to their natural weight.

But this makes it annoying for casual fans to keep track of the numerous weight classes and an even larger amount of alphabetically named organizations and their belts.

Back on the topic, it’s not uncommon for MMA fighters to lose up to 15% of their bodyweight for weigh-in and recover most of it by the next day. For example, a fighter fighting in the 170 lbs division may enter the cage weighing around 195 lbs.

There are stricter rules about rehydration in boxing, and some governing bodies like the IBF have regulations that prohibit fighters from adding more weight than a previously agreed amount. This is done to prevent extreme dehydration tactics that are detrimental to long-term health.

For this reason, the most common weight loss from boxers is around the 5% mark. Going up to 8% should have no significant long-term impact on the body.

A good and detailed example you can look at is former super middleweight champion Rocky Fielding who sheds 3-4 kg in the last 24 hours before the fight in our “How To Weight Cut For A Fight” article.

All weight classes in boxing have lower and upper weight limits except for the heavyweight division, which has no upper limit. This makes weight management a lot less critical for the big boys.

They fight closer to their natural weight, but this does not mean they can eat whatever they like. It’s not an easy job for a 200+ lbs. man to balance power, muscle endurance, agility, and cardio.

This is not the situation in MMA. The heavyweight division in the UFC has an upper limit of 265 pounds, which means that quite a few fighters have to cut at least some weight to fit into the limit.

By now, you should have a good general idea of how boxers cut weight. It deserves repeating time and time again- the process can have a very detrimental effect on performance and long-term health. Unfortunately, there have even been a few deaths due to severe dehydration.

Suppose you plan on cutting weight for a fight. In that case, the best decision is to use the help of a certified professional, so you can have the easiest possible experience and benefit from the whole process for the fight than the other way around.

If you’d love to cut weight painlessly, with half the suffering everyone else goes through (and without the risk of hospitalization… or death), then this will be the most life-changing message you’ll ever read! Click the button below to learn more! 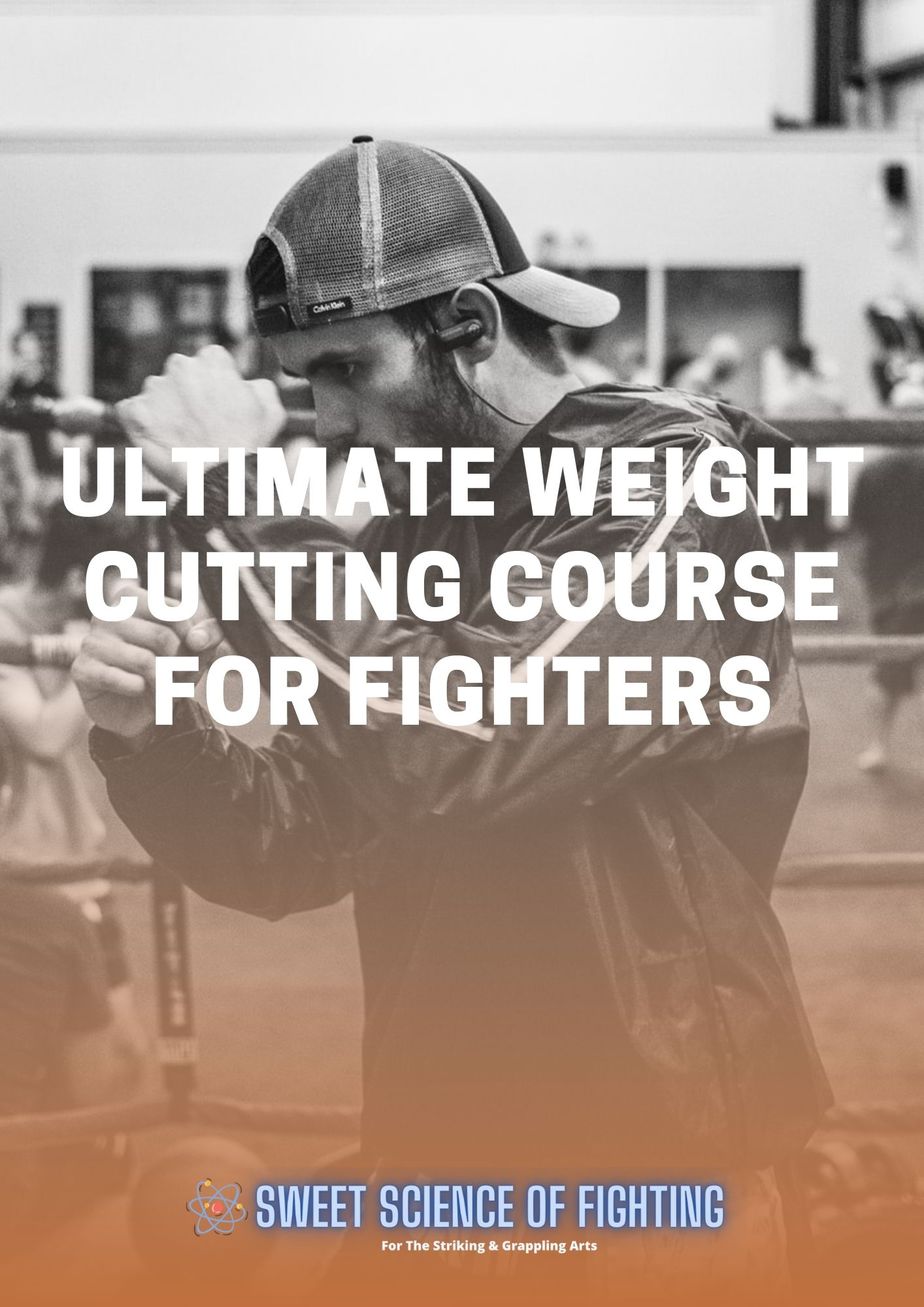 Get your free template to start your weight cut with protein, carbs, and fat intake calculated for you.

GET YOUR FREE Template nOW
x

Enter your name and email address below to receive your template!

Great! Just enter your best email below and get it sent straight to your inbox!