Discover New Weight Cutting Strategies That Will Maintain Your Muscle And Cardio Making You Bigger, Leaner, Faster, And Fitter Than Your Opponents

Learn the most safe and effective weight cutting strategies to maximize your fight day performance.

A really massive part of the success was the weight cut. Dr. James Morehen knew my body better than me. My performances were staying, my training in the gym, my sleep pattern was good. I wasn't going to bed starving, I was getting good rest in and sleep in.

If You'd Love To Cut Weight Painlessly, With Half The Suffering Everyone Else Goes Through (And Without The Risk Of Hospitalization... Or Death), Then This Will Be The Most Life-Changing Message You'll Ever Read.

These are all REAL headlines...

A sobering look into how the traditional approach to cutting weight may not only ruin your fight...

But potentially cause death.

It's time to end the mental weight drops, insane dehydration methods, and starvation that only leads you to being so fatigued you can barely finish the fight.

Many fighters will take the approach of not eating for the days leading into a weigh in...

And this causes more problems that it solves:

If you take your health and performance seriously, you MUST take a modern approach to weight cutting.

But that information isn't readily available...

Especially by seasoned professionals like James Morehen, the teacher of this course.

James helps professional fighters (most notably Rocky Fielding) and athletes with their nutrition and weight cuts for a living...

So you know damn well you'll be in good hands and presented with the latest and most cutting edge information you can apply to your weight cut.

That is why I've put together this Ultimate Weight Cutting Course For Fighters. To give you a massive advantage over your opponents by nailing your weight cut. This course is designed so you can quickly gain powerful knowledge about weight cutting and implement it for yourself!

You will get instant access to the course after signing up. Your login details will be sent straight to your inbox so you can start at any time. This is lifetime access allowing you to go at your own pace.

By the end of the course, you will have a deep understanding of weight cutting, and be able to implement these strategies for yourself.

Lose the dangerous dehydration strategies and long sauna sessions. Learn to make weight without the hours of suffering!

Know Exactly How To Re-Fuel After Weigh In To Be Bigger, Faster, Fitter Than Your Opponents

Your job isn't done after making weight. You need to re-fuel so you can maximize your fight performance.

2-Hour Weigh In? No Problem!

This course also covers exactly how to approach a short weigh in to be in better shape than your competition.

What’s In The Course

Here is a breakdown of the modules in this online course.

This lesson covers exactly what to expect throughout this online course and an introduction to Dr. James Morehen, the course teacher.

Lesson: What Does The Research Say About Weight Cutting? (6:52)

Lesson: Things To Consider When Traveling (2:04)

Learn the exact strategies to ensure you're primed and ready to start your fight week weight cutting preparations.

This module will give you the strategies to effectively navigate your weight cut for fight week. Liquid and macronutrient manipulation leading into your weigh in.

If you don't re-fuel after a weight cut effectively, you've wasted your time and endangered your fight performance. Get this right though, and you'll be far ahead of your competition.

Dr. James Morehen is a performance nutritionist who has worked with elite level athletes for the last 8 years. He has worked with Rocky Fielding for the past 6 years during which Rocky has won the British, Commonwealth and World Super Middleweight Belts.

The defense of the World Title was at Madison Square Garden, New York City against Saul Canelo Alvarez. Morehen is a published researcher in the International Journal of Sport Nutrition and Exercise Metabolism

Additionally to Rocky, James also works with David Price, the Liverpool Heavyweight for two camps and has also supported Danny Williams, a British Judoka athlete who had previously won the commonwealth gold medal.

Currently, Morehen is working with Chris Billam-Smith, a cruiserweight from Bournemouth who currently holds the Commonwealth belt. 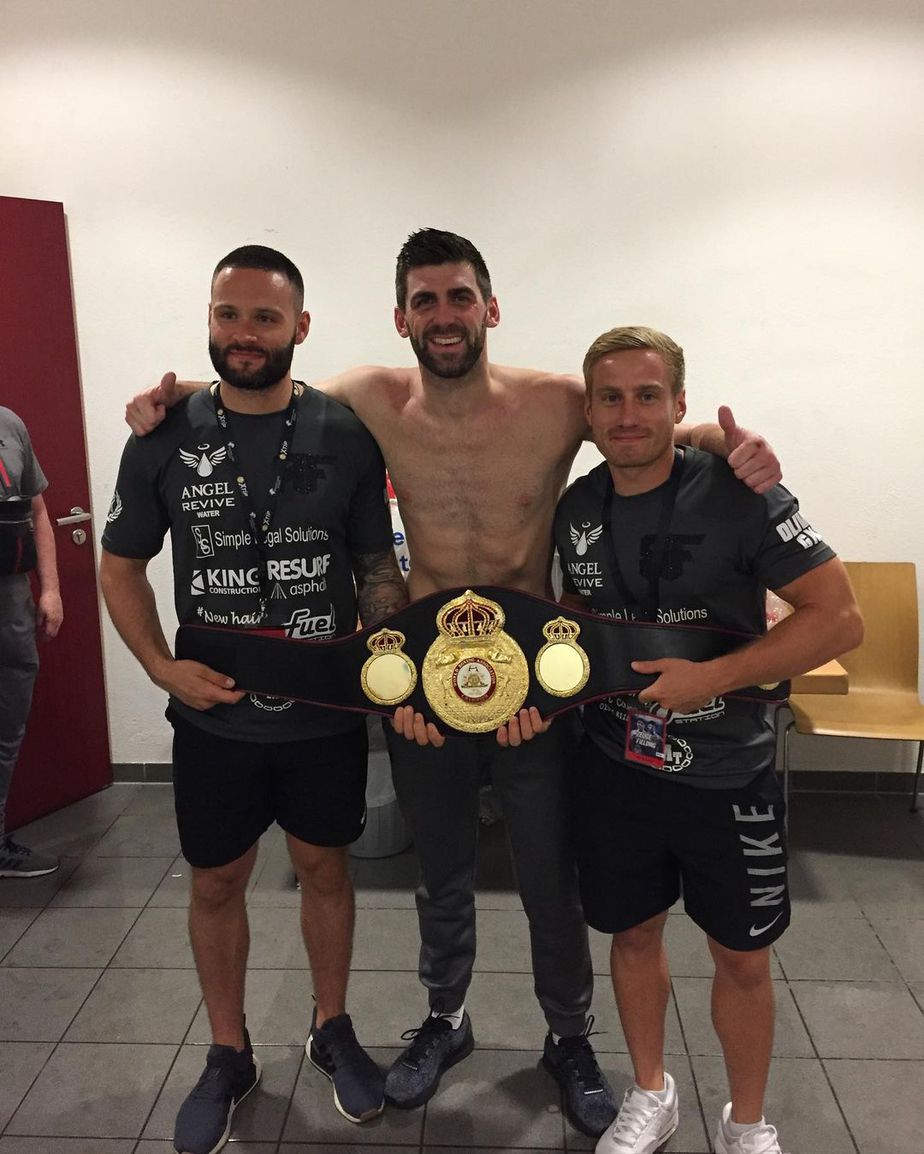 Does It Matter Which Combat Sport I Do?

This course is for any martial artist. The principles and methods taught in this online course transcend all combat sports and can be applied to them all. However, sports such as BJJ that have mat side weigh ins will find some parts of this course aren't relevant.

How Long Do I Have Access To The Course?

As long as you're a member, you'll have access to your course.

Is This Course All Online?

Will The Course Be Updated?

As James continues to learn and upskill himself, he will be updating the course with any new knowledge he obtains.

How Long Is The Course?

This course runs a little over 95 minutes of video content.

Where Is This Community Hosted?

The community is hosted within an app called Mighty Networks. You can access it on your phone anytime or you can use your web browser on your laptop. It's like a Facebook community but more organized without the distractions.

I'm A Hobbyist, Can I Benefit From This Community?

As a hobbyist, you may enjoy competing every so often. If that's the case, you can greatly benefit from the information and coaches inside this community. However, if you go to class a couple of times a week to stay fit, then keep your wallet in your pocket as you won't find much benefit being part of the community.

I Already Have An S&C Coach, Is This For Me?

If you want to use the community to ask questions about your coaches program, then this isn't for you. If you have questions or issues with your training, you need to talk with your S&C coach. We don't know the what, when, why, and how of your programming and it's be disingenuous of us to try figure that out. However, if you have an S&C coach and you just want to learn more about physical preparation for combat sports, then we'd be happy to have you!

I Am A Complete Beginner To Combat Sports, What Benefit Does The Community Give Me?

You will benefit greatly having expert coaches and researchers guiding your training protocols. While your number one focus is the combat sport you've chosen, getting your week structure and physical preparation right from the start will help propel your progress instead of leaving you lagging behind.

I'm A Pro/Semi-Pro Fighter Looking For S&C Expertise. Is This The Right Place?

It definitely is. You'll have access to a wide range of professional coaches and researchers on the cutting edge of physical preparation. Further, many have years of experience training athletes like yourself. Get your training problems solved by asking a question within the community or on the live Q&A. If you need something tailored to you, then we can see if any coach has availability to take online clients.

How Do I Cancel My Membership?

Simply go into your profile within the training app, click subscriptions, cancel subscription. Couldn't be easier!

I'm A Coach, Does This Community Cater For Continued Learning?

We are a group of coaches and researchers dedicated to educating and teaching what are have learned and applied. So yes!

If I Cancel My Membership Part Way Through, Do I Get Refunded The Rest?

You will not be refunded the rest of the membership. However, you will remain in the community until your renewal date where your membership will be cancelled.

YES! I WAnt This!

YES! I Want This!

A Note From James

Dr. James Morehen has a wealth of experience in the field of nutrition and has spent many years working with combat sport athletes with their nutrition and weight cutting strategies.

You are in great hands with a true expert in the field of weight cutting. With his experience leading professional boxer Rocky Fielding's weight cut and other elite level combat athletes, he shares information you won't find anywhere else that you can implement with your own weight cuts.