Strength training for boxing is about delivering a faster, more powerful punch. Training the legs to be strong and powerful and the sequencing to transfer the force from the legs through to the hands are the most important aspects of boxing strength training.

Before we dive into the performance side of boxing, we need to know what the common injuries are and if they can be prevented through specific strength training.

A study in 2014 in the Orthopedics & Biomechanics journal followed 44 competitive boxers for a whole year [1]. 121 boxing matches were fought between them throughout the 12 month period.

45% of injuries were to the head which consisted mostly of cuts and nosebleeds. 24% occurred in the arms/hands mostly consisting of wrist contusions.

In a later review journal in 2015, they reported similar findings in the region of injury [2]. A review article summarizes all of the research covering the topic and pools all of the data together. They split the data up into professional and amateur boxers.

In this review, concussions were the greatest injury to the head while hand injuries comprised of >75% of upper extremity injuries.

While many of these injuries aren’t directly preventable by strength exercise, extra conditioning for the wrist can be done in order to condition and thicken the wrist to take more impact. 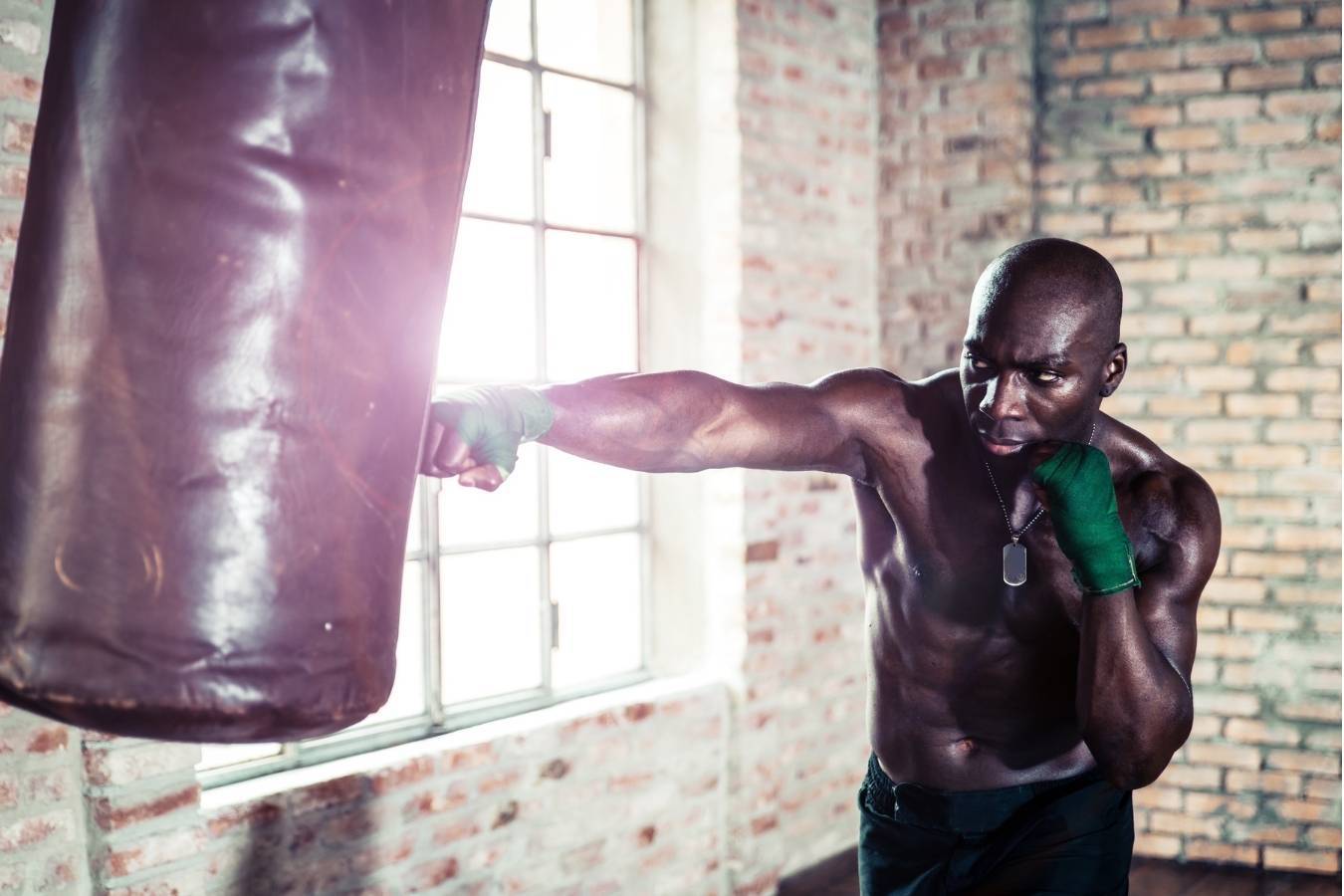 Being strong for boxing is about being able to deliver the fastest, most powerful punch possible. My previous article “How To Punch Harder” dives into the greatest detail you will find on the internet on the science behind punching harder.

To sum up the findings for the purpose of this article, strength training for boxing performance should cover these aspects:

Using this framework provides a guideline for putting together an effective strength training program specifically for a boxer.

How Many Days A Week Of Strength Training For A Boxer?

This is going to depend entirely on your boxing level, the number of times you train boxing a week, the time you have available, your strength training background, and how close you are to a fight.

I would advise no more than three times a week of strength training for boxing. If you are far away from a fight, three times is more than enough and when planned well (see below), will not add much in the way of fatigue.

Two times a week is the sweet spot where you can make great strength and power gains without impacting your boxing training. As you get closer to a fight, twice a week is more than enough.

I’m going to present a 4-week program I wrote for an International boxer who was preparing for the European Championships. There are a couple of small modifications based on the injury research presented in this article.

The goal was to develop power and speed (as all boxers and boxing coaches want). This was not the 4 weeks before the competition.

This athlete performed resistance training three times a week so I worked with that as to not change their routine.

Their usual strength training program was performing a few random exercises with no real structure. So I wanted to start at a low enough level with some exercises to give room for improvement later on while still providing an intense stimulus as he leads into the European Championships.