Squats For Boxing: Are They Good?

An old-school train of thought is to not squat because it might make you slow. But scientific and anecdotal evidence has piled up since these statements were first made and we know that squatting for boxing isn’t going to make you slow unless you go about it incorrectly.

Squats are great for boxing as they develop strength and power in the legs. The legs are vitally important for punching performance so if you can squat weights heavy and fast, you can potentially improve boxing performance.

If squats are important for boxing, how many should you do? And how heavy? Let me break it all down for you.

Are Squats Good For Boxing? 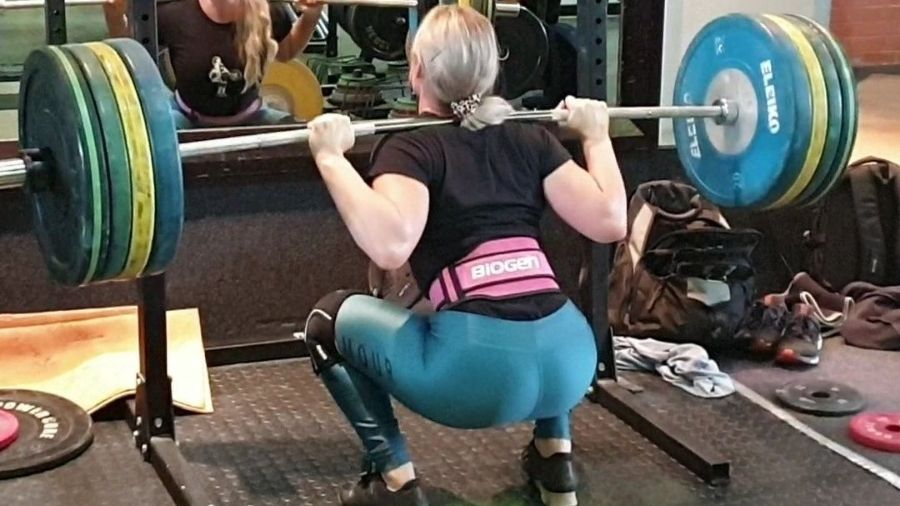 Squats are an awesome exercise for boxing. Many boxers won’t squat or train their legs for the fear of becoming slow or the fact that so much of the sport is upper body dominant. But we know that the most experienced have greater contributions from the legs when punching compared to less experienced boxers indicating the importance of leg strength and power for boxing [1].

To further highlight the importance of leg strength, knock-out artists also show greater leg contribution when punching compared to those labeled as speedsters and players [1]. Safe to say, we can infer that the ability to punch hard and effectively is highly attributable to the legs.

Where do squats fit into this? Squats are considered the king of developing leg strength. They can be loaded heavily for maximum strength development. Or they can be loaded moderately while being moved quickly to develop strength speed.

Just take a look at Canelo’s training where he is squatting for maximum strength development of the legs.

While this only looks like 110 kg (242 lbs), as a boxer you’re not trying to put up elite Powerlifting numbers. The goal is to develop lower body strength that can transfer to boxing without the residual fatigue hampering your boxing training.

How Many Squats Should You Do For Boxing?

As a general rule, you should not do more than 6 reps of squats within a single set. Once you start getting above this, you start to develop a lot of fatigue and we don't prioritize the primary adaptations we are after which are strength and power development.

This is a very general rule as if you haven’t performed squats before, then you will likely perform sets of 8-15 reps with different squatting variations to learn the movement with light loads and develop a base level of strength and muscle development.

How many squats you do will also be dictated by the load. There is an inverse relationship between the number of reps you can perform and the load on the bar. That is, the heavier the load, the fewer reps you can do.

Strength development isn’t impacted so much by volume (how many sets and reps you do), but is heavily dependent on load [2]. That is, you can do very little and as long as you are lifting heavy, you will likely get stronger.

Here are some guidelines for how many squats you should do for boxing:

Does The Squat Increase Punching Power? 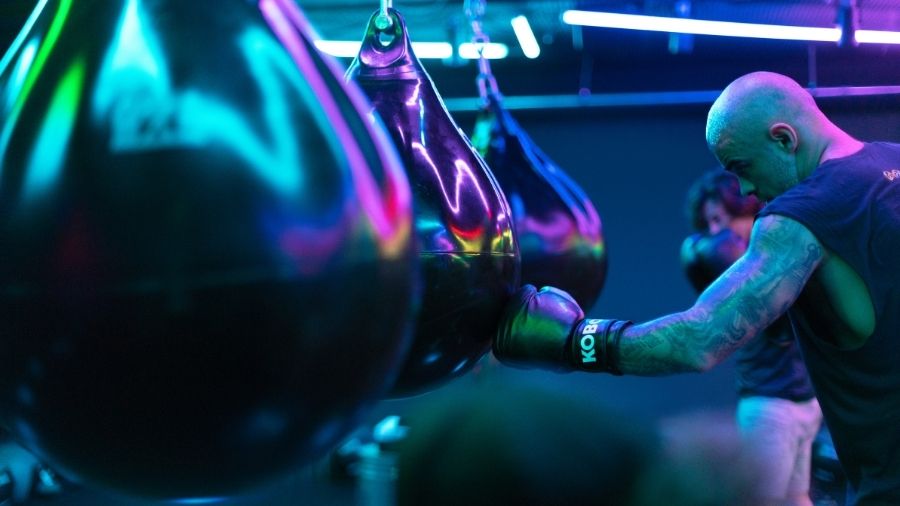 We know that the squat will develop strength in your legs. We also know that experienced boxers and knockout artists have the greatest contribution from the legs when punching. From this, we can infer that squatting is very likely to increase punching power.

Further, research has shown that boxers that can jump higher tend to punch harder so having strong, powerful legs is a ticket to punching power [3].

But it’s not just about how much you can squat. Think about Powerlifters or Olympic Weightlifters that can squat a house but have them throw a punch and it’ll likely feel like being hit by a pillow.

Why? There are a few reasons. Firstly, punching is a skill. And like any skill, it needs to be practiced for years to gain any real mastery. Secondly, punching is the ability to produce force rapidly. Also known as the rate of force development.

Having seconds to grind out a heavy squat does not mean you will be able to transfer that force into a shorter time frame of milliseconds. Lastly, elite-level boxers display what is called double peak muscle activation [4].

Doing this allows the boxer to maximize the speed and force of a punch which are usually inversely related. That is the faster the movement, the less force that can be produced.

Those who are high-level squatters develop an ability to grind and activate the muscle fully through the entire range of motion. This carries over to movements like punching where you'll see muscle-bound newbies that can't relax when punching and look stiff as a board. Years of lifting weights without practicing the skill of punching will do that.

The Best Squat Variations For Boxing

There are plenty of squat variations that can be used as a boxer. You don’t have to be stuck performing only one variation. So here is a list that covers different variations from beginner to advanced that will carry over to boxing performance.

If you are new to squatting, this is where you will start. The goblet squat is the easiest squat variation to learn and the weight acts as a counterbalance which makes it even easier to squat deep into the hole.

You will load this by holding a kettlebell or dumbbell in front of your chest. When you’re doing these with heavy loads, it is also a great mid and upper back builder.

You can’t go wrong with the traditional back squat. It is the squat variation that you can handle the heaviest loads so is the variation that will build the most leg strength. The technique you learned during the goblet squat is going to help you squat deep when back squatting.

However, the extra mid and upper back strength you will develop with your legs when front squatting can make it a worthwhile substitute for the back squat.

The box squat is a variation you can use to target the glutes and hamstrings more than the quads. The idea is that you sit back as far as you can until your butt touches the box at parallel depth. In this position, your shins should be vertical or near-vertical.

Because the knees don’t track forward in this squat variation, and you are hinging more at the hips, the glutes and hamstrings play a bigger role by having to perform more work to extend the hips.

Pausing at the bottom of the squat removes the ability to use the elastic energy stored from the descent or the eccentric phase. While pausing, this elastic energy is dissipated as heat. As it dissipates, you no longer have the elastic rebound to help you push to the top.

This means you are placing greater stress on your leg muscles to do the work. The pause will also limit the amount of load you can lift.

This is one of my favorite squatting variations and is probably one of the best for boxers. All of the above variations have you resting the bar on your traps or shoulders with your arms supporting the bar. Your shoulders already take a beating from daily boxing training.

The safety bar removes any need for the arms to be involved as you simply grip the handles in front of you.

Quarter Or Half Squats

This is where we start getting into more advanced squatting variations. Don’t listen to the crowd that says you always need to squat deep. Once you get into specific preparation (i.e. leading up to a fight), switching from full squats to half and quarter squats is potentially going to help you develop more punching power.

I love the jump squat. It can be loaded light heavily or lightly depending on the adaptations you want to target. The maximize power development, loads of 20-45% 1RM of back squat tend to be the loading range [6].

Because you don’t need to manipulate external resistance in boxing (i.e. grappling), then being on the lighter end of the spectrum can be a good option. However, if you have tested your individual force-velocity profile, heavier jumps can be used for those who have a force deficit.

This is for the super-advanced athlete that wants to make unreal gains in leg power. You will need special equipment for this such as weight releasers. The accentuated eccentric squat has three major benefits for boxers:

There are a couple of ways you can load this. One is for maximal strength and the other is to perform the eccentric with speed.

Squats are a great exercise for boxing as it develops strength and power in the legs which are highly important for punching harder and faster. There are many different squat variations you can use that will suit your training age and strength level.

Strength Train Like A Professional Boxer is a 12-week program designed to rid your pillow fists and turn them into bricks!