Bulletproof Your Core With This MMA Core Workout

MMA athletes are always in search of a strong core. Whether it’s for performance benefits or to be able to take more punishment, MMA core workouts have their place within a holistic training program.

But what is the core? With all of the fitness buzz around the core, it needs defining in an MMA context.

What Is The Core?

The term “core” gets thrown around a lot within martial arts. Usually, it’s referring solely to the abdominals or the six-pack known as the rectus abdominis. However, the core is more than just the muscles in front of your stomach.

There are muscles around the side of the body named the obliques and the deeper abdominal muscle named the transverse abdominis. You probably have heard of these muscles before.

At the back of the body, you have the muscles of the lower back such as the erector spinae and quadratus lumborum. 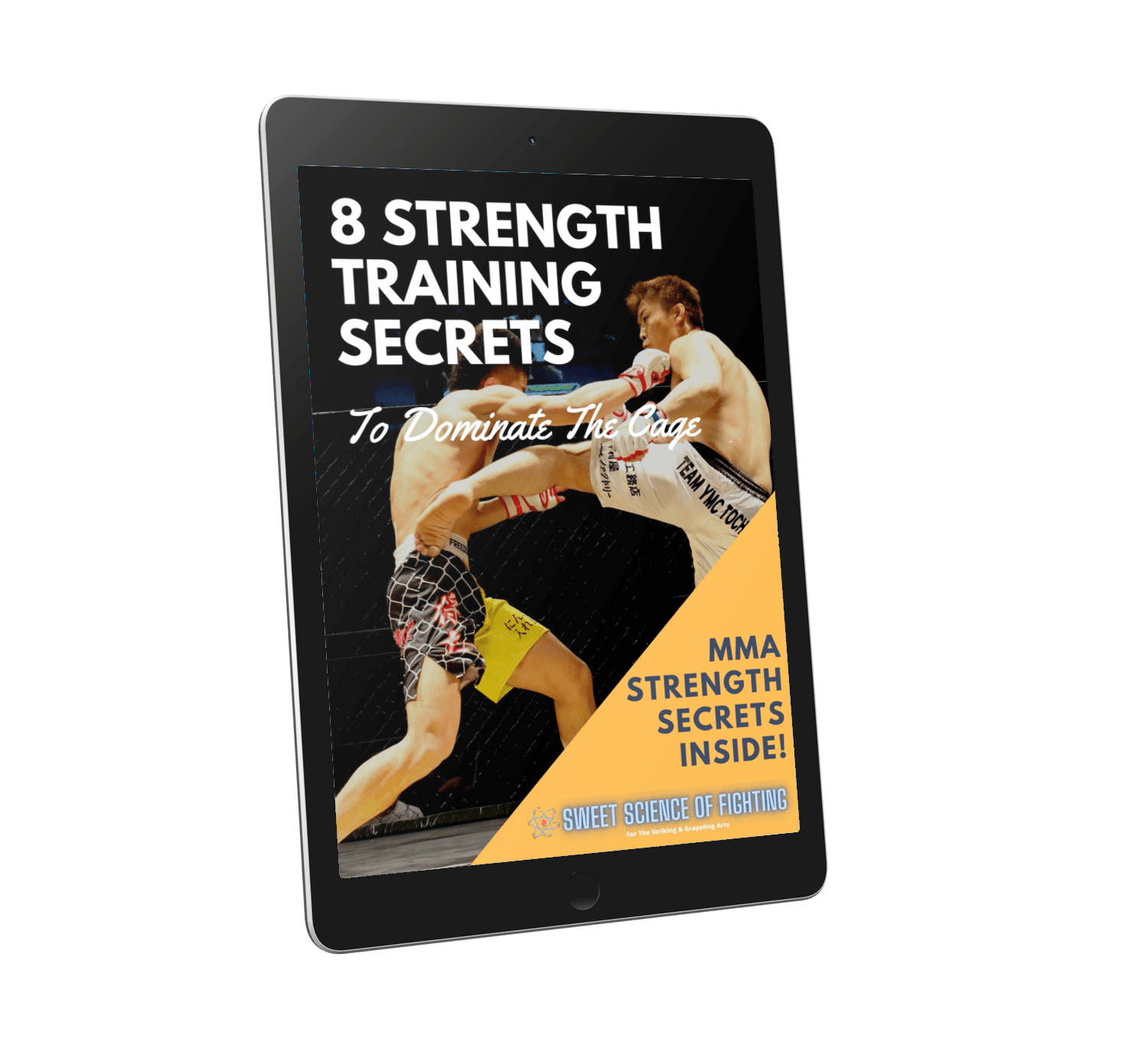 But that’s not all. These muscles around the trunk are not the only muscles I would consider the “core.”

The core is simply a buzzword that is used to emphasize the transverse abdominis, the deep core muscle that is purported to be the saving grace of all pain, performance, and posture (more on this later).

But in my eyes, the core encompasses more than just the trunk. The core runs from your shoulders down to below your hips. This means a strong core is not only a strong trunk but also strong hips and upper body.

When you perform core exercises, the exercises that will transfer best to MMA performance will encompass the muscles from the hips to the shoulders.

That doesn’t mean other core exercises don’t have their purpose. So, let’s run through the different functions of the core so we can

What Is The Function Of The Core For MMA? 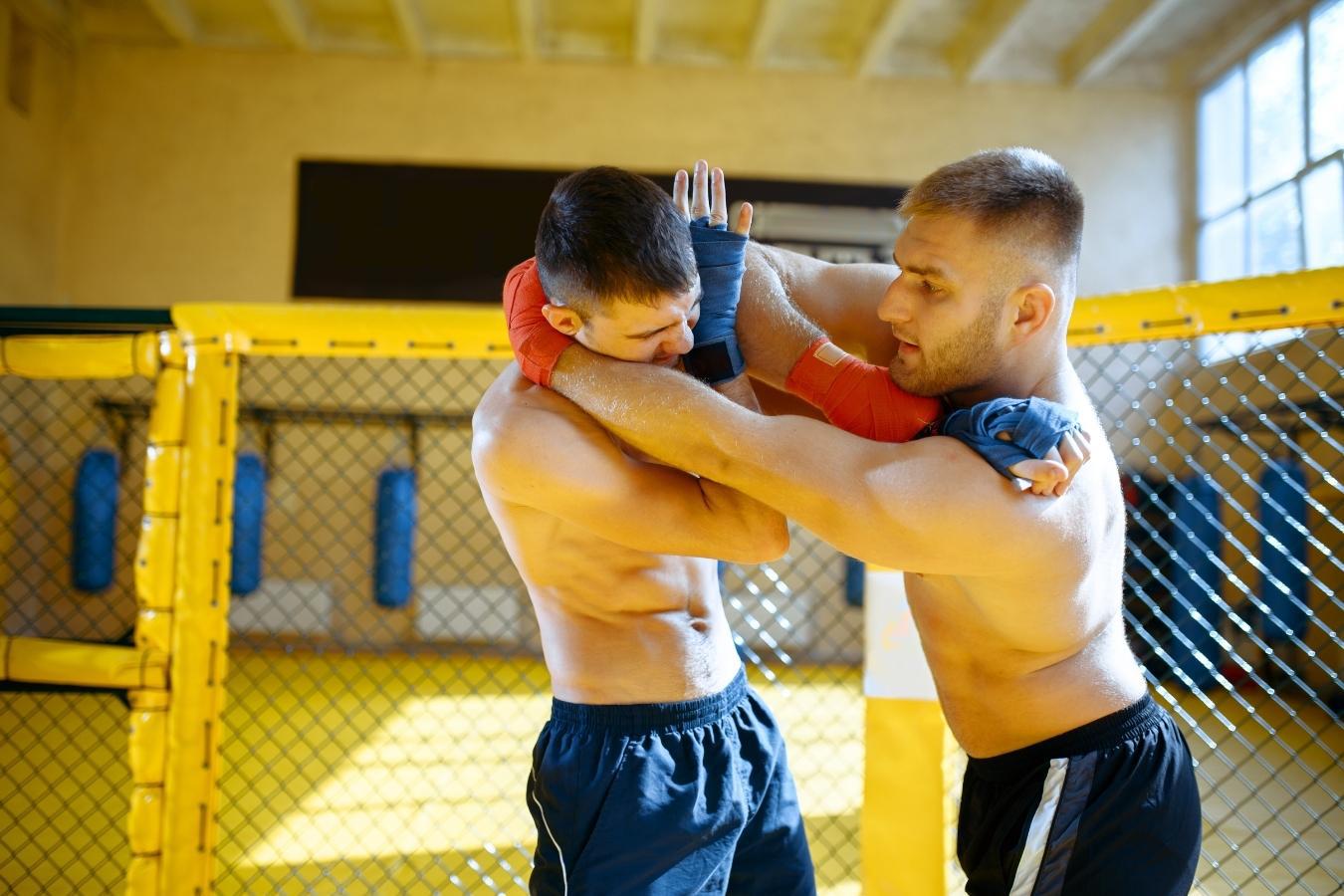 There are four main functions of the core.

Anyone who does core training usually sticks with this sole function. Mainly through performing hundreds of sit-ups. Flexion of the core mainly occurs when fighting off your back in MMA. Looking for sweeps, submissions, or even trying to break an opponent’s posture requires flexion of the core.

Someone very strong in rotational movements is difficult to manipulate. Rotation is also heavily involved in striking. Knock-out artists and high-level boxers show greater contributions from the trunk when punching compared to lower-level boxers and more speed-based boxers [1].

This is because a strong core allows the effective transfer of momentum from the feet through to the hands at impact. As most of the power from punching is generated from the legs, a core that cannot effectively transfer this force and power will mean there is a leak within the system resulting in a weaker punch.

Further, the ability to brace the body at punching impact is what enhances effective mass. Effective mass is another factor in maximizing the transfer of momentum to the target.

If you can make your body rigid and stiff at impact (not before as that will slow your strikes down), you can impart the most amount of force on your target. The more "wobbling" mass or mass that can move (think excess body fat), the less momentum that is transferred.

Lateral flexion is simply bending over to the side. Not many MMA movements involve solely lateral flexion or resisting it. However, it often occurs in conjunction with rotation. For example, various throws, takedowns, and even kicks.

You can also see it at play when an athlete is fighting off their back and having to move side to side to evade ground and pound.

Extension of the core could also be thought of as anti-flexion in a sense. Resisting an opponent trying to break your posture when grappling heavily taxes the muscles in the lower back.

Anti-extension is resisting extension through the back which aids in improving core flexion strength a lot of the time.

Is Core Training Important For MMA?

Back to my point about the transverse abdominis (and the ab musculature in general) being the saving grace for all things pain, performance, and posture. The emphasis and priority that is placed on core training in the pursuit of fixing posture and improving pain is sadly misplaced.

An extreme example is during pregnancy. The abdominal wall goes through a dramatic stretch destabilizing the pelvis and reduces the force that can be produced [2].

Pregnant women lose the ability to perform a sit-up because of this stretch. However, the strength of the abdominals in this instance is not related to pregnancy back pain. Additionally, the forces required to stabilize the spine are very small.

Just standing and walking only takes 2% of the maximum force produced by the rectus abdominis and 5% of the obliques to maintain upright posture and stabilize the spine. When adding 32 kg onto the torso, the combined contraction of the abdominal and back muscles rises from 1% to 3% of their maximum force output.

It’s safe to say, core stability is not an important facet for posture and pain. But what about performance? This is the sole reason I believe core training is important for MMA.

The ability to transfer momentum to the target when striking, or resisting an opponent when grappling, the core, meaning most of the body, plays an important role.

These core exercises will be broken down into their respective categories.

The sit-up has been vilified over the years. But this old-school martial arts staple still has its place in MMA training. A strong and fast sit-up could potentially help you get that sweep or be fast enough to scramble to your feet.

I love this exercise for the abs as it also trains the hip flexors which are highly important in many lower body striking movements. Further, it deloads the spine so if you have been performing heavy squats, this can relieve some of the pressure in the lower back.

Yep, this BJJ sweep is a great specific MMA core exercise. Ever had to drill 20 sit sweeps (without finishing the sweep) in a row?

Then you know the feeling you get in your abs after finishing.

The pallof press is a level one anti-rotation exercise. You can perform them in different stances such as split stance, half kneeling, or tall kneeling. These can’t be loaded as heavily as other exercises and often tire out the arms and shoulders before the trunk.

Banded rotations are easy to perform anywhere making them one of the most versatile rotational core exercises. You can isolate the trunk by rotating and keeping the hips and legs square and still. Or you can use the whole core and use the legs and hips to increase the speed and power of the rotation.

The landmine rotation is my go-to heavy-loaded rotational core exercise. Because you can load these heavy, the anti-rotation component when lowering is much more challenging than the pallof press. Then you can reverse the lowering portion into an explosive upwards movement.

These can be performed in many different ways. You can throw from the hip like in this video or you can throw the medicine ball like a punch. Both are great and develop rotational power that can transfer to your striking.

This is the most specific core training you can do for MMA grappling. Performing pallof presses and various rotational core exercises have nothing on having to resist and manhandle another human being.

The easiest exercise to train anti-lateral flexion and one of the most effective due to how heavy you can load. It's also training your grip which is a huge bonus.

A variation of the pallof press is to press the band overhead. Now you have to resist bending over to the side rather than resisting rotation. I would consider this a level one exercise.

This is an awesome bodyweight exercise that will challenge your obliques. Just hanging your body off a bench or back extension machine with your feet locked in will be difficult when resisting bending to the side.

As this get’s easier, you can load it by holding a plate and eventually by pulsing the plate in a fast-pressing motion.

The DB Side Bend is the most common lateral flexion exercise especially since it stems from bodybuilding. This exercise has also been demonized previously just like the sit-up has. However, I still like this exercise for developing a thicker trunk and strengthening the obliques while putting them through a stretch as they can get tight from a lot of training.

A small amount of lateral flexion occurs when throwing roundhouse kicks as you may see in the video. Just by training technical skills, you can develop a lot of core strength through many different functions of the core.

The most challenging and advanced anti-extension core exercise. The goal here is to keep a neutral spine throughout the movement and resist having your belly flop to the ground. You can also use a simple ab wheel.

Deadbugs are great and are often used as an exercise to reinforce posture through stacking the ribs down and over the pelvis while having to move the arms and legs.

These can be made more difficult by breathing all of your air out of your lungs each time you lower your arm and leg to find the ribs down position.

Carrying heavy implements in each hand not only challenges your grip but the whole body to stay upright and stable while walking. There is nothing better for whole-body stability. However, heavy farmers walks can cause a lot of fatigue so they must be programmed intelligently with your MMA training.

This is the upgraded version of the back extension that I really like as it places more emphasis on the hips than on the lower back. You can develop very explosive hips and core with little fatigue using this exercise.

An extension exercise that is less well known. I learned this one from the man who brought plyometrics to the USA, Michael Yessis. It’s a nice variation that can target extension and rotation simultaneously.

Having to resist an opponent pulling on your in guard or even standing requires a lot of anti-extension core strength.

Here are some example add-on core workouts you can use at the end of your MMA sessions or as part of your MMA strength training sessions.

B1) Heavy Landmine Rotation 4 x 5/side