Herbalife Side Effects And Horror Stories

In the last 30 years, there have been 50 cases of liver damage associated with Herbalife products [5]. They are one of the world’s leading supplement companies with over $1.2 billion dollars in internet sales per year.

However, the efficacy and safety of their products have come into question with various reports indicating liver damage potentially caused by Herbalife products.

Herbalife products have been shown to cause side effects like liver injury, jaundice, nausea, pale stool, tiredness, fatigue, and abdominal pain. In some cases, Herbalife product ingestion has led to death.

These side effects can potentially occur anywhere from a few days to 3+ years after starting to take Herbalife products. If you are a martial artist or an athlete of any kind, choosing the right supplements is important not only for your performance but for your overall health.

What Are The Side Effects Of Herbalife? 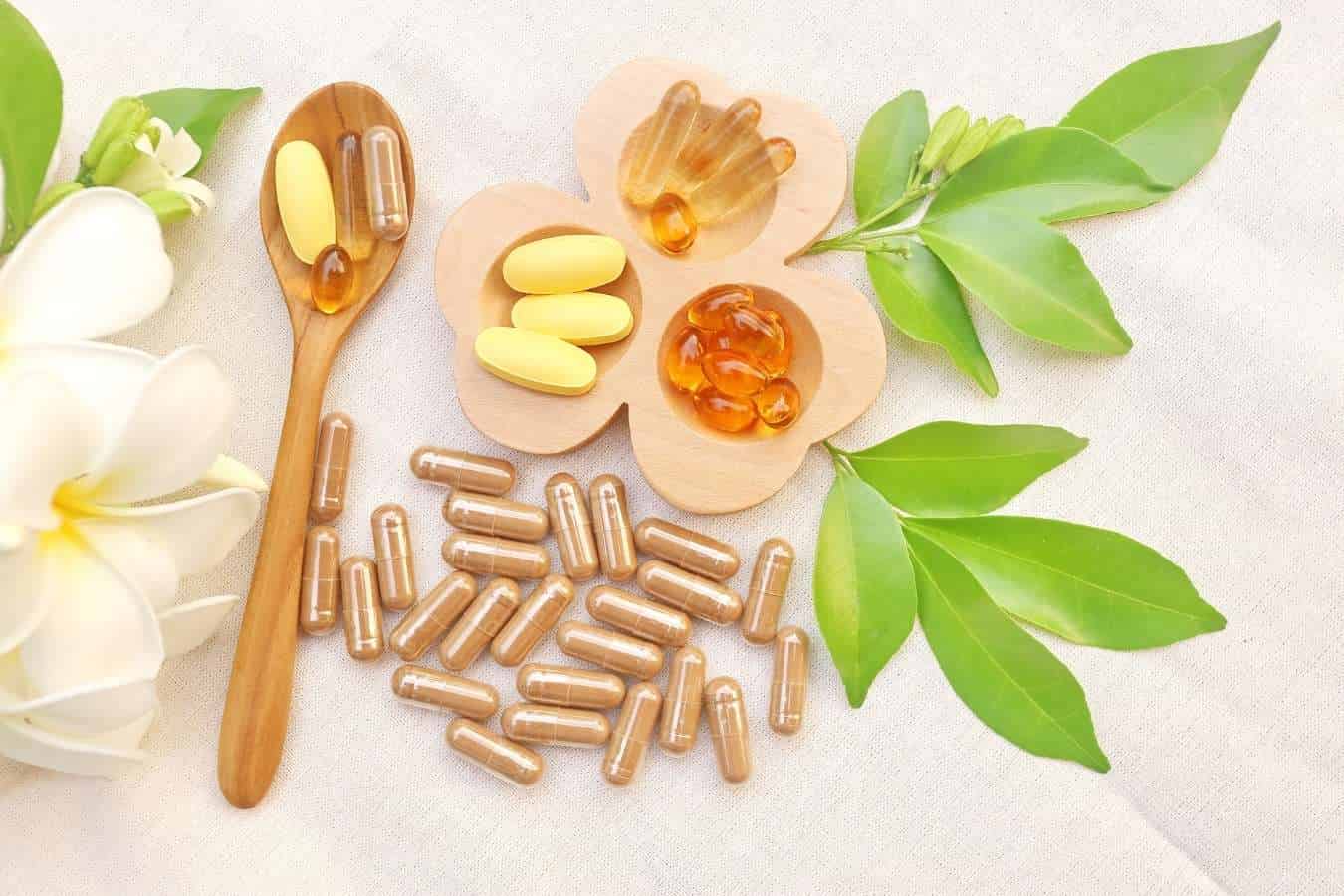 The first published cases of the potential side effects from Herbalife were from Switzerland [2]. 10 cases were retrospectively studied with an age range of 30-69. None of these patients were obese or had pre-existing liver disease.

All patients were using several Herbalife supplements for weight loss at the recommended dose. The prevailing symptoms were fatigue, loss of appetite, and jaundice which become prevalent at 0.5-144 months from taking the first dose.

Of these patients, one (30 years of age) was advised to stop taking Herbalife products due to jaundice as he had been taking them for 2 years. His markers of liver damaged decreased dramatically.

A 41-year-old female developed jaundice and fatigue which stemmed from taking Herbalife supplements which she was encouraged to take by her husband, a Herbalife distributor, for weight control.

After being admitted to the hospital, she had to undergo a liver transplant. She is now doing well 7 years later having been advised to refrain from using Herbalife.

10 patients were also identified in Israel having suffered from unexplained liver injury associated with Herbalife products [1]. They had been using products for at least 3 months.

18 different Herbalife products were being used by these patients so it’s difficult to ascertain which products may cause health issues.

No other alternative medicines or supplements were being used. Symptoms of fatigue and jaundice were presented at around 12 months after starting to use Herbalife products. Here is what happened:

2 of the patients who suffered from symptoms of acute liver failure consulted with their Herbalife reps to only be advised to continue or increase the dose of their supplements  [1].

Spain has witnessed similar problems regarding Herbalife and liver injury with 20 cases from 2003 to 2010 [3]. These patients were using Herbalife products from 16 days to 3 years before being treated.

Of the 20 patients, 17 fully recovered after treatment, 2 are unknown, and 1 developed cirrhosis of the liver.

What was interesting to note is 9 of the 20 patients used a Herbalife product called RoseOx with one patient only taking that supplement. When compiling all of the previous liver injury cases from the literature, 20 of the 30 patients were taking RoseOx.

In this Spanish study, the Herbalife product Formula 1 was the most frequently used.

The authors stated that the relationship between drug-induced liver injury and Herbalife products could “confidently be established” as there was a clear relation between consumption and liver damage and liver parameters improved after the withdrawal of Herbalife products [3].

In a later case report out of Switzerland, two patients were experiencing similar symptoms to the previous studies and were taking Herbalife supplements from 1 and 3 years prior [4].

Removing Herbalife products from their diet along with treatment was enough to normalize liver biomarkers.

The authors took this a step further and analyzed all of the Herbalife products that these patients were taking for contamination.

Four samples of Herbalife products which included two of the seven one patient ingested and the only product the other ingested were found to have bacteria known as Bacillus subtilis.

This bacterium is generally known to cause food poisoning-like symptoms that these patients were experiencing such as nausea, pale stools, light brown urine, jaundice, and abdominal pain.

Finally, and most recently, a case report of a 54-year-old female patient from Croatia was admitted to hospital after experiencing abdominal pain, tiredness, pale stool, and general weakness [5]. There was no history or family history of similar problems or illnesses.

Initial laboratory tests showed significantly elevated markers of liver cell damage. Everything else from blood markers, to kidney function, were normal. She was confirmed to have chronic gastritis.

This patient had been taking these Herbalife products for approximately half a year: Guarana comprese, RoseOx, Herbalifeline, Tang Kuei Plus, and Formula 4.

These products were removed during her therapy where her symptoms regressed.

Each country has its own formulation regarding Herbalife products so there is no real consistency. Further, patients don’t take just one product, they will often take many different products at once.

Statistical methods were applied to these cases where the relationship between Herbalife consumption and liver damage was found to be ‘certain’ and ‘probable’ in almost all of the cases.

As you may have heard before, correlation doesn’t equal causation.

However, a positive rechallenge is the strongest proof of causality you can get.

Well, this has happened on more than one occasion with Herbalife supplements. Three patients as part of the Israeli study resumed their usual intake of Herbalife products two months after normalization of their liver markers resulting in the second episode of liver injury which required hospitalization [1].

Removing the use of Herbalife products again resulted in a complete recovery.

Another patient in the Swiss study resumed taking Herbalife products after normalizing his liver markers prompting an increase in liver enzymes related to liver injury [2]. He has developed cirrhosis of the liver but remains asymptomatic.

A further two patients as part of the Spanish study had a positive rechallenge after resuming to take Herbalife products after treatment [3].

Understandably, Herbalife has refused to provide the composition details of their products to the researchers for the studies [6]. A quick search shows Herbalife made $4.89 billion in revenue in 2018. Any bad mainstream press could potentially erode their revenue quickly.

Since then, paid Herbalife employees have sent many letters to the editors of these peer-reviewed journals trying to discredit the published information [7][8]. However, these have been thoroughly rebutted by the Department of Medicine of the Viral Liver Center [9].

One of the main points raised by the Herbalife employees is that the statistics used to report causation are not accurate [7]. However, as the authors state in the rebuttal, the scale used has been the most widely used causality assessment tool for drug-induced liver injury.

What Has Herbalife Done To Fix This Problem? 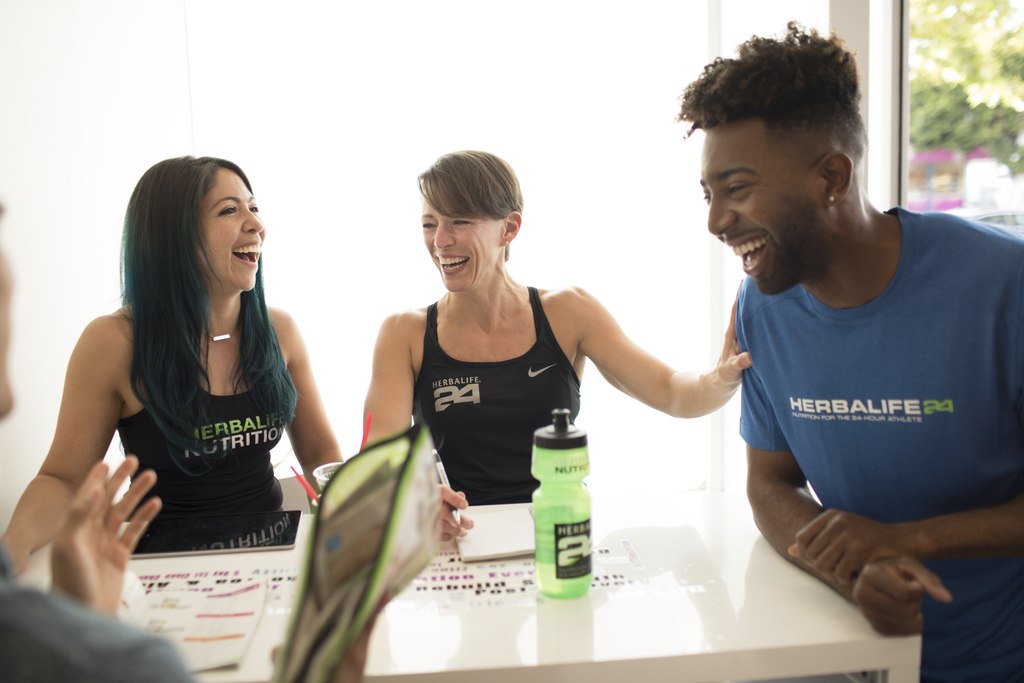 Other than writing multiple letters to journal editors and not getting what they wanted, Herbalife has placed legal pressure on the scientific community at the end of 2020 and forced the Elsevier Journal to retract and remove the paper from their database.

Their letters to retract the paper were rebutted by the lead authors of the paper stating the immense conflict of interest from the parties trying to have the journal retracted which were never disclosed.

He states that while these scientists who are experts in their own field, they have “absolutely NO experience in diagnosing, treating and managing drug-induced liver injury, acute liver failure, and the whole team LACKS the required basic and translational scientific acumen in Hepatology to review our published article.”

You can read a full breakdown on Dr. Abby Phillips Twitter here. Since then, the article has been retracted due to legal pressure from Herbalife. Luckily, anything posted on the internet lives forever.

Has Anyone Died From Using Herbalife? 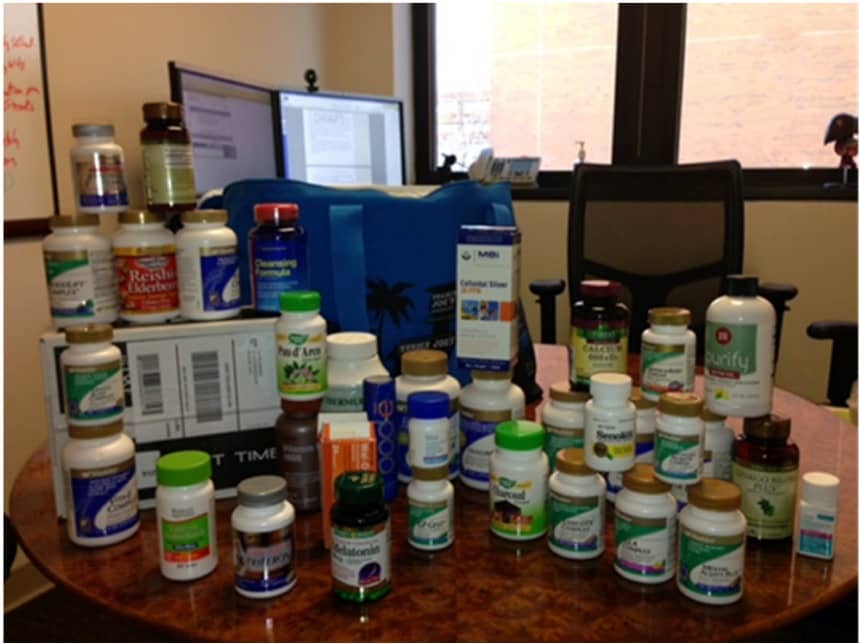 Just a snapshot of what one of the patients were taking

The paper that Herbalife wanted out of the public eye so badly reported exactly this. This horror story of a case involved a 24-year-old woman with hypothyroidism with no other chronic illnesses in India [10].

She had been taking Formula 1 Shake Mix, Personalized Protein Powder, and Afresh Energy Drink for 2 months.

She progressively developed a loss of appetite, followed by jaundice. Symptoms got worse 12 days later and she was brought into the emergency room.

The patient was urgently referred to a liver transplant center but unfortunately passed away while on the waiting list.

No wonder Herbalife wanted this paper retracted from the public eye. Sadly, a death was also reported in the Israeli study but Herbalife products were only a ‘possible’ cause due to the patient having a history of hepatitis B [1].

How Do You Know If You Are Susceptible To Herbalife Side Effects?

There are several potential risk factors that may be pre-dispositions to developing side effects to Herbalife products. Race seems to be one, where blacks and Hispanics may be more susceptible than other races [11].

Genetics is another factor. Older individuals are at greater risk than younger and females have a greater incidence of acute liver failure compared to males.

Social factors also play a role such as alcohol consumption, fasting, and malnourishment.

Why Is Herbalife Bad For You? 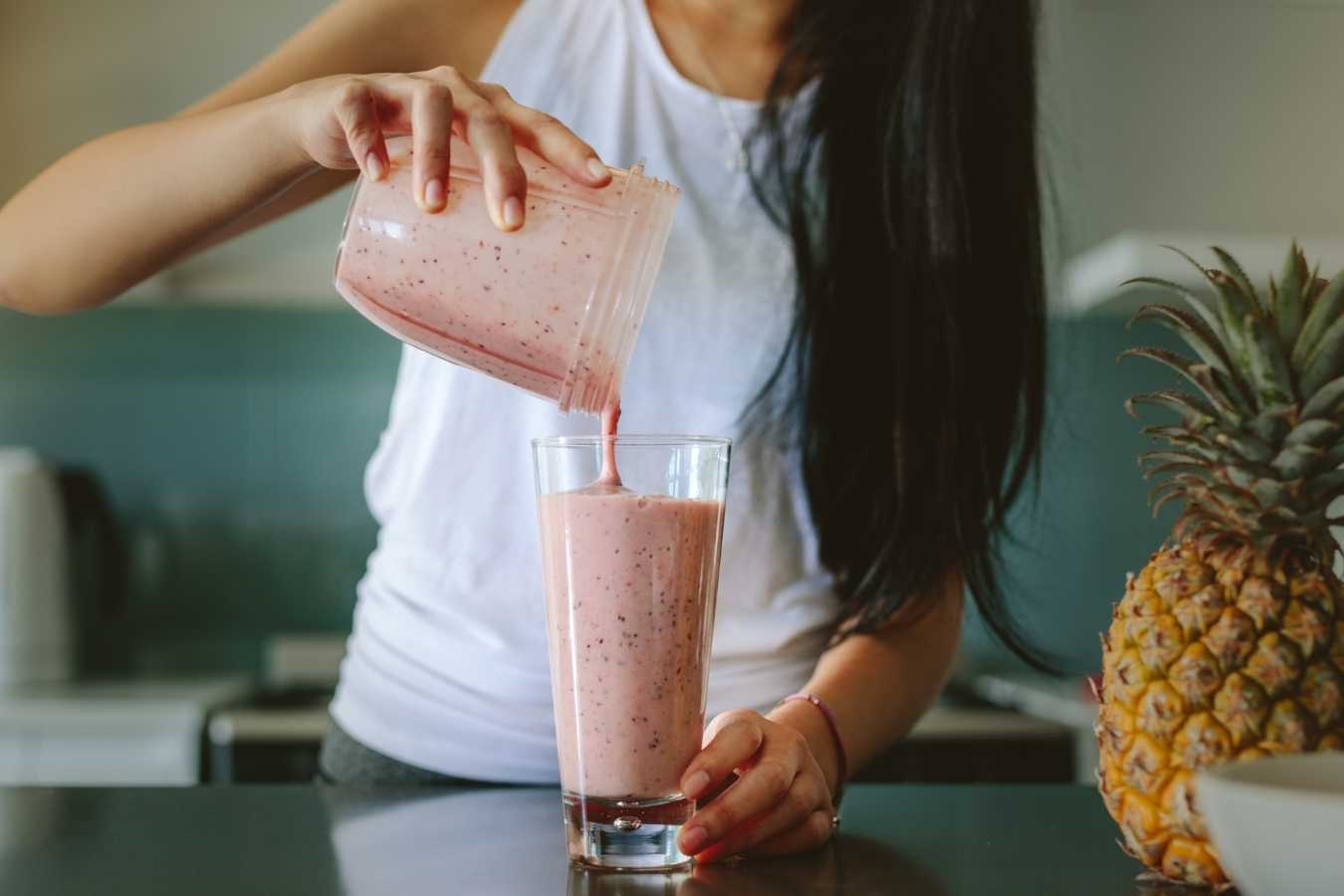 Regarding value for money and quality of the products, I can safely say that Herbalife products are some of the worst you will find in the supplement market that are far overpriced.

Their protein product line is all soy protein-based, one of the least bioavailable protein sources you can use. You can see what I recommend for protein supplements in my “Supplements For Boxers” article.

Having such poor bioavailability means it doesn’t spike muscle building and repair as high as other protein sources leaving you with potentially sub-par nutrition.

Looking at their nutrition label for their most popular protein weight loss supplements, Formula 1 Healthy Meal Nutritional Shake Mix has 13g of carbs and 9g of protein as a meal replacement shake… 90 calories.

If you have any background in fitness and nutrition, you know that barely constitutes a snack for most people.

Further, the first two ingredients are soy protein and fructose, meaning the majority of protein and carbs are from these sources.

Their Personalized Protein Powder is mainly soy protein and whey concentrate. One serving is 5g of protein so you’d actually need to take 4-6 servings for this supplement to be useful.

So not only are their main protein products underdosed, they are filled with below average ingredients. Below I’ve broken these supplements down by price per gram of protein to show just how overpriced Herbalife supplements are.

It has been stated that the threat to public health from Herbalife products is minor and shouldn’t be exaggerated when compared with liver injury of over-the-counter pharmaceuticals [4].

However, we aren’t comparing Herbalife with medication. Herbalife are food supplements and the threat to the public is far greater with Herbalife products than other supplement companies.

7. Appelhans, K., Frankos, V., & Shao, A. (2012). Misconceptions regarding the association between Herbalife products and liver-related case reports in Spain. Pharmacoepidemiology and drug safety, 21(3), 333-4.

Should You Have Sex Before A Fight?

Should You Have Sex Before A Fight?

How To Build Neck Muscles With Dumbbells Only

How To Build Neck Muscles With Dumbbells Only

Neck Workout At Home With No Equipment

Neck Workout At Home With No Equipment

Why Sand Workouts Are Killing Your Explosiveness

Why Sand Workouts Are Killing Your Explosiveness